A Day in the Life of ... Valentine Le Grice QC (barrister) 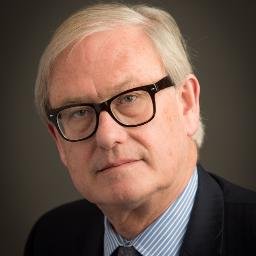 I am a QC specialising in the financial consequences of divorce. Like most barristers, appearing in court is the focus of my work. When people look at the fees we charge they often think they are high for a day's work; however, it is never a day's work. If a case is listed for three days, it is likely to take at least 20 hours to prepare. At the end of the day there is almost always work to be done overnight before returning to court the next day. There is a big difference between paying legal fees and receiving them, so it's not for me to say whether there is value for money.

Away from court work, there is advisory work. In my area most of that happens at face-to-face meetings. Divorce is a difficult experience, and it is important that I get to know the client and the client has confidence in me. Anyone who enjoys advocacy and works hard at it will become a relatively good advocate after about 5 years. The correct way to interact with different clients is more complex. Every time I meet a new client I must start the process again. Everyone is different, and that is why I have never been bored with my day-to-day work.

My father was a solicitor and, although he did not press me towards the law, becoming a lawyer was always an option. Or perhaps not, as an educational psychologist reporting to my parents when I was about 11 years old held out little prospect of a professional career and suggested I might become a motor mechanic! At one stage I drove a 1960's Mini which constantly overheated. I learned how to deal with the thermostat, but that is as far as I ever went with mechanics...

I started specialising in family law in 1979, and have done many financial cases for the last 25 years. So that is 37 years without getting bored, which is why I currently have no plans to retire.

At the end of May 2016 I moved from chambers at 1 Hare Court to 36Family at 36 Bedford Row. It was the first move I have made since January 1979. I wish everyone at Hare Court well, but personally I am excited at the prospect of having a change of scene.

The solicitors who sent me work are truly wonderful people, and the clients I work for are normally decent people. Given that, when we meet, their lives are in flux and their emotions in turmoil, they behave well. The popular perception that there are amicable divorces and bitterly fought divorces is not an accurate one. There is a continuum, and most people behave with dignity and tolerance.

There are moments of humour, or at least moments which surprise. One regular problem is the controversy over personal possessions. Years ago my client's wife was meant to leave the house, taking her personal possessions. Little was left when my client went back: amongst other things, his wife had included the Burco boiler. There was also the client who told me that, on coming home one evening, he found his girlfriend in bed with his wife. Taken by surprise, I asked him what he did. He responded by saying he took his clothes off and joined them; suggesting that I would have done the same in a similar situation!

The most memorable day was when I represented a step-father. The mother, his wife, had died at a young age, leaving him with a 10-year-old daughter who had only ever known him as her step-father. He was worried that the natural father would mount a claim to the girl's care. I doubted whether the biological father would attend. He did, and my client's worries were reinforced. The natural father was unrepresented. I went to speak to him, and he told me he realised that his daughter would wish to live with my client. He had only come to court to see if there was anything he could do to help, now that the mother had passed away. I introduced him to my client and, after a short hearing, they left together to discuss the best way forward for a child with whom they both had a connection. I hope all went well for the three of them.

If I am appearing in court, the best part of the day is going through the court door. The anxiety goes away and it becomes possible to concentrate exclusively on the task in hand.

The worst part of the day is commuting to work, which is probably why I live quite close by.

As I could always drink tea rather than coffee but not vice versa, it has to be tea.

Consider your other options first. If in doubt become an accountant, which opens many doors which are closed to barristers.

Warren Zevon's 'Lawyers, Guns and Money'. It's not the title; rather, the opening couplet:

I went home with the waitress, the way I always do
How was I to know she was with the Russians too?

Watching sport and meeting up with friends.

I would speed up the court process. Most people want to get on with the rest of their lives sooner rather than later.
You can follow Valentine on Twitter: @ValLeGrice
Categories:
Articles