A Day in the Life of ... Sir Mark Hedley (former Family Division judge) 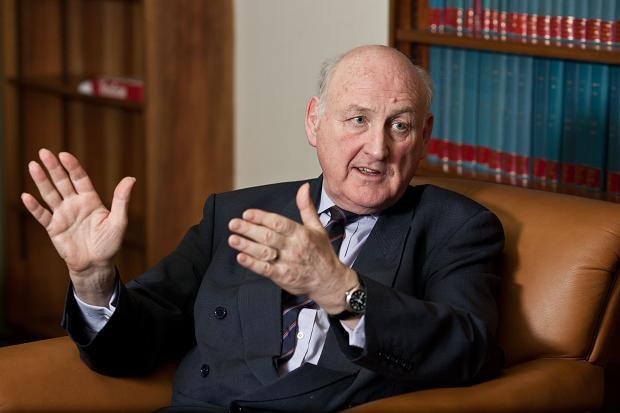 I used to be a judge of the Family Division but retired in 2013. I am now visiting Professor of Law at Liverpool Hope University and hold a number of other part-time posts which have the common denominator of being honorary. Otherwise I pursue the idle routine of the retired.

I was a barrister in Liverpool before becoming a Circuit Judge there and then in 2002 became a High Court Judge, something I had not aspired to since I had never been either a QC or a regular appearer in the House of Lords. The age of miracles was apparently not over.

Judges are a fascinating group of people to work with and as Chair of the High Court Judges Association I got to know many of them well. Of course we are not (yet, at least) truly representative of society but I was impressed by their knowledge of it and by a communal commitment to its well-being. Almost every philosophical, political and religious opinion going (well, the legal ones) will find a proponent amongst them, but there is nevertheless a real degree of consistency in decision-making.

Much as I would like to share a story, it would be, if not actually libellous, certainly a breach of confidence, so I think I had better not!

What is the best and worst part of day for you?

The best part of the day now is waking up and realising that I don't have to risk messing up the lives of others. However, I had always promised myself that if I woke up on consecutive Mondays dreading work, I would retire: that happily never happened – I never lost my desire to work and retired because it seemed the right time to do so.

The worst part of the day? I don't think I have one unless it is the moment I discover that I have forgotten to do something that I had said I would.

This should really be a matter of the judgment of others but if pressed I would suggest: reliable, persevering and (sometimes) insightful.

I was motivated by a simple fascination for the work of the judge, a desire to achieve the best possible result for those who had got their lives in a mess or had come to an unwanted crisis and a conviction that I was, in doing this, fulfilling my Christian calling. I am similarly motivated in retirement though the channels for expressing it have necessarily changed.

Tea first thing and in the afternoon; Coffee at all other times.

I would want to encourage anyone interested in judicial office so long as they had real resilience both to the pressure of the work and the impact on them of the subject matter, particularly in family, mental capacity or criminal law. To thrive in these fields requires not just a fascination with but, in my view, and innate love of humanity.

Flanders and Swann's The Transport of Delight: every intense life needs a place for the comic and ridiculous.

My tastes outside work are pretty simple and conventional. I like reading and walking. I have always had a boyish fascination for public transport systems. I have also been pretty involved in church affairs. All that, along with the love of teaching, means I have been able to indulge and develop in retirement.

Since the one thing that really needs changing (human nature) can't be done, I will have to settle for a clear policy to give parents whose behaviour has put in doubt their ability to parent, one is sustained, properly supported opportunity to improve and, if unsuccessful, rapid and (with young children) permanent intervention. That is fair to children (who will almost certainly flourish in adoption if placed young) and to parents, provided they are properly supported, and took all because it avoids a drift in care.
Sir Mark Hedley will once again be hosting this year's Family Law Awards which will be held at the Bloomsbury Big Top on Wednesday, 23 November 2016. You can follow the Awards ceremony on Twitter: @JPFamilyLaw / #FamLawAwards

Sir Mark Hedley's book, The Modern Judge: Power, Responsibility and Society's Expectations is now available to purchase. Copies of the book will be available at the Awards ceremony.
Categories:
Articles