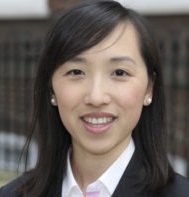 I am a junior tenant at Field Court Chambers. My working week tends to be rather varied, comprising of a mixture of diverse activities ranging from representing clients in court around the country and drafting pleadings in Chambers, to conducting research or writing publications in the library, and attending seminars and conferences.

I completed my pupillage last year and have been a tenant for less than a year. Prior to joining the Bar, I worked as a trainee solicitor and subsequently, as an associate with magic circle law firm, Slaughter and May in its Hong Kong and London offices. I have also taught law at undergraduate level at The University of Oxford, King’s College London, and The University of Warwick. I was Judicial Assistant to The Honourable Mr Justice Blair when he was The Judge in Charge of the Commercial Court, and assisted Professor Ewan McKendrick with the latest edition of Goode on Commercial Law, a widely-used text by legal practitioners and academics alike.

I have always had a keen interest in advocacy, having been appointed as a school speaker for UNICEF, and having successfully participated in domestic and international mooting competitions as a student. I was the mooting coach for The University of Hong Kong and The University of Oxford for the International Maritime Law Arbitration Moot competition and the International Monroe E. Price Media Law Moot Court competition respectively, and am back at Oxford this year to coach the mooting team for the 2018 Nelson Mandela World Human Rights Moot Court Competition. I also enjoy the independence and flexibility afforded by a career at the Bar.

Every client has their own story to tell and it is always fascinating to delve into one segment of a person’s life story and be given the opportunity to assist them with the predicaments they may be facing. Of particular note are the domestic violence cases. These are often heart-wrenching and it is difficult not to become fully immersed in the case, and to want to do more to help your clients. It was particularly disheartening to hear that one of the domestic violence victims I represented earlier this year, being a very elderly gentleman, spent the best part of one year on the streets, even at the time when the country was at the mercy of the ‘Beast from the East’. Another client was so petrified of her husband at whose hands she had suffered atrocious acts of physical, sexual and emotional abuse, such that she sat next to me trembling throughout the proceedings, with tears streaming down her face. When she was granted a non-molestation order, she was so relieved that she enveloped me in a big hug. It was very rewarding to see her leave court that day, radiant with a bright smile on her face and a heavy weight lifted off her shoulders.

It is always hugely satisfying to be able to find a solution for the client, whatever their predicament, and even more so when this can be done in an efficient, and amicable manner with the other side, outside of court. The worse part of the day has to be when I am waiting on a platform and hear yet again an announcement that the train has been cancelled due to signalling failures.

I love what I do! The challenge of accepting a new case, the excitement of going to court in a different part of the country, the satisfaction that comes with helping to solve someone else’s problems. Instructions can sometimes be received rather late in the day, resulting in the inevitable need to cancel personal plans, and long hours are often unavoidable. It is difficult to work through a huge bundle of papers knowing you would rather be out in the sun if you do not have a passion for what you do.

Give me a smoothie any day! Who needs caffeine when you have the adrenaline boost from the job?

Pupillage is becoming increasingly difficult to obtain and being involved with the pupillage mentorship programme run by Lincoln’s Inn this year, I came across several candidates who were absolutely brilliant and yet have not been able to obtain pupillage despite years in the running. As with most things in life, grit and determination are key. If you are certain that a career at the Bar is for you, perseverance will become your new best friend, if it isn’t already. As the saying goes, where there is a will there is a way.

Ed Sheeran’s ‘Photograph’ is one of my favourites although my phone is also peppered with tracks from Taylor Swift and Ellie Goulding.

Francis Wilkinson, who is one of my former pupil supervisors, is someone I look up to with great respect and admiration. He is always full of zeal and energy and approaches everything that he does with a real sense of passion. He has been an absolute inspiration and even now, I often turn to him for support and guidance – both within and outside of the law.

I am an avid traveller and a great sports enthusiast, having joined the University of London Officers Training Corps as an Officer Cadet and having successfully completed the Hong Kong marathon, the 100km Oxfam Trailwalker and the 100 miles Nijmegen March. I also obtained the ATCL Diploma in piano. There is nothing I enjoy more than being in the mountains or out at sea, and feeling totally at one with nature – although when time does not permit during the working week, going to see the ballet or the opera at the Royal Opera House is a wonderful alternative.

Blindness by José Saramago. A very insightful read which changes the way you view society and the organisational structures within it.

Trip leader for an adventure teen travel company or working on a dude ranch out in Wyoming (incidentally, I have in fact dabbled in these alternative career paths but the allure of the Bar was clearly too much to resist).

Fault-based divorce. The arguments for reform have already been well rehearsed which I shall not repeat but in the 21st century when family structures and society have changed, along with people’s mindsets and ideology, it is clear that the law is somewhat dated and must evolve to keep up with the times.