Home / News & Comment / A Cinderella law: can we go from 'Once Upon a Time…' to 'Happily Ever After'?
News & Comment
Online Shop
CPD & Events
Authors
About Family Law

A Cinderella law: can we go from 'Once Upon a Time…' to 'Happily Ever After'? 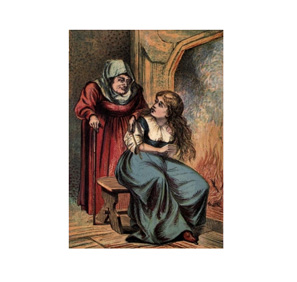 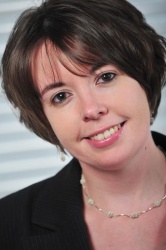 The charity Action for Children has been campaigning for the introduction of a ‘Cinderella law’– that is making it illegal and punishable through the criminal law for parents to emotionally abuse their child. The campaign has been heard, and and following the Queen’s Speech delivered on 4 June 2014, it is set to become a reality. Commenting on the proposals, Sir Tony Hawkhead, chief executive of Action for Children, said in a press release:

'Today marks a monumental and overdue step forward for children and our efforts to protect them from severe emotional abuse. Children who are made to feel worthless, powerless and unloved by their families will now have the law on their side.

We are one of the last countries in the western world to recognise this form of child cruelty – the time for change is long overdue. Emotional abuse can create permanent scars, leading to mental health problems and, in extreme cases, to suicide. This legislation will change lives.

We have established a cross-party implementation group of MPs, who, moving forward, will work with us and the Government to determine how the new law will be delivered in practice.'

Currently s 1 of the Children and Young Persons Act 1933 provides:

‘(1) If any person who has attained the age of sixteen years and has responsibility forany child or young person under that age, wilfully assaults, ill-treats, neglects, abandons, or exposes him, or causes or procures him to be assaulted, ill-treated, neglected, abandoned, or exposed, in a manner likely to cause him unnecessary suffering or injury to health (including injury to or loss of sight, or hearing, or limb, or organ of the body, and any mental derangement), that person shall be guilty of a misdemeanor, and shall be liable –

(a) on conviction on indictment, to a fine or alternatively, .or in addition thereto, to imprisonment for any term not exceeding ten years;

(b) on summary conviction, to a fine not exceeding £400 pounds, or alternatively, or in addition thereto, to imprisonment for any term not exceeding six months.’

The Government set out in the background briefing notes to the Queen’s Speech that:

'The [Serious Crime] Bill would clarify the Children and Young Persons Act 1933 to make it explicit that cruelty which is likely to cause psychological harm to a child is an offence.'

By using the word ‘clarify’ the Government appears to suggest that the current the wording of the CYPA 1933 could already be wide enough to cover emotional abuse - serious examples of emotional abuse could amount to ‘ill treatment’ without much of a stretch of imagination. If this is the case, what has stopped the police from taking action so far?

Perhaps it is the very nature of emotional abuse. The definitions in use at the moment tend to be lengthy and unwieldy, for example the Government’s Working Together for Children document (2003) defines emotional abuse as:

‘the persistent emotional maltreatment of a child such as to cause severe and persistent adverse effects on the child’s emotional development. It may involve conveying to a child that they are worthless or unloved, inadequate, or valued only insofar as they meet the needs of another person. It may include not giving the child opportunities to express their views, deliberately silencing them or ‘making fun’of what they say or how they communicate. It may feature age or developmentally inappropriate expectations being imposed on children. These may include interactions that are beyond a child’s developmental capability, as well as overprotection and limitation of exploration and learning, or preventing the child participating in normal social interaction. It may involve seeing or hearing the ill-treatment of another. It may involve serious bullying (including cyberbullying), causing children frequently to feel frightened or in danger, or the exploitation or corruption of children. Some level of emotional abuse is involved in all types of maltreatment of a child, though it may occur alone.’

One family’s banter might be another family’s emotional abuse. Or to pick a controversial example in parenting circles is the use of ‘controlled crying’when sleep training a baby emotionally abusive? Some parents are horrified by the idea of leaving a baby to cry alone in a cot for periods until they learn to self soothe. Other parents consider that it is an important lesson for a baby to learn and that they quickly recognise that their parent will return.

There will always be clear examples, but how often do they occur on their own, without any other, more tangible, concerns featuring? When such cases do occur they are likely to be symptomatic of other underlying problems such as mental health difficulties or the poor parenting the adult themselves received. Is this really behaviour we should be seeking to criminalise or should we be providing help? Part of the purpose of criminalising behaviour is in order to deter it. Those who abuse children emotionally may well do so without consciously recognising what they are doing to their children, so the existence or otherwise of criminal legislation will not act as a bar in any way.

Emotional abuse is unlikely to be an easy crime to detect. Children have helplines they are able to contact when they are sufficiently old enough to do so, and the NSPCC (who are also in support of the proposals to change the law) are referring an increasing number of cases to the authorities when the concerns are significant. Social Services investigate and intervene where it is appropriate to do so, but this is often something that cannot be accomplished in a single meeting. It is doubtful that the police would have sufficient resources to undertake investigations of that nature.

The suggestion that to amount to a crime the behaviour demonstrated would have to be sufficient to cause psychological harm is likely intended as a safety net to guard against over zealous prosecution. However it tends to imply that there may be a need for expert evidence on this point. The provisions of s.1(1) of the CYPA 1933 provide for an ‘either way’ offence. Will Magistrates consider that they have sufficient qualifications to assess whether a person’s behaviour is such that it is likely to cause psychological harm to a child? It may be that those psychologists who have found themselves displaced from the Family Court through the far more stringent controls that have been developed since the implementation of the Family Procedure Rules 2010 will find themselves a new home in the criminal courts. The implications for the budgets of the CPS and the Legal Aid Agency are obvious for all to see.

The wish to punish emotionally abusive behaviour is entirely understandable. Such behaviour can involve some truly heartbreaking acts which have the potential for long term, and possibly life long consequences. There will be some instances of emotional abuse that are far more serious than some episodes of physical abuse. But without serious thought and investment of resources prior to the enactment of any legislation the outcome is unlikely to be ‘happily ever after.’

A serious crime bill will be brought forward to tackle child neglect, disrupt serious organised crime and strengthen powers to seize the proceeds of crime.