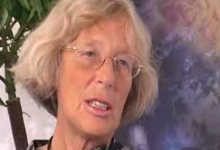 Lisa Parkinson
Family mediator, trainer and a Vice President of the FMA
Lisa Parkinson, Mediator and Trainer:
John Cornwell was probably the most influential family lawyer of his generation, changing the whole culture and practice of family law in this country. Having set up his firm, Dawson Cornwell, in 1972, John set about changing the adversarial system in family law, founding the Solicitors Family Law Association, now Resolution, in 1982. John's evolution was from a lawyer trained in the adversarial system to negotiator and mediator. He was a member of the pilot project, 'Solicitors in Mediation' and a founder member of the Family Mediators Association. Change is often fiercely resisted and can have unintended results. The cuts in civil legal aid are threatening the survival of some mediation services. Change may be forced upon us but we can also choose to change by looking for opportunities, rather than limiting ourselves to familiar ways of working. 'Life shrinks or expands according to one's courage' (Anais Nin). Recent studies on the brain suggest that continuing reflective practice enhances the development of cognitive abilities, even in middle age and beyond! Developing mediation skills requires a continuing process of internal change and reflective practice. John Cornwell was still seeking change in the final months of his life.
The full version of this article appears in the October 2013 issue of Family Law.