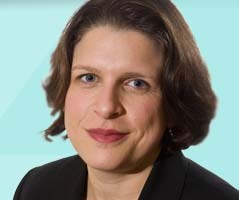 This is an Act to make provision for same sex couples in England and Wales and about gender change for married persons and civil partners. It does not:

It will be accompanied by a set of regulations (statutory instruments) which will bring the new Act into force and provide the procedural framework for same sex marriage, but these have not yet been made. The government has indicated that the first same sex marriages are not likely to take place until next year. In this article the key features of the new Act are highlighted and explained. It remains to be seen exactly how they will work in practice.

There are some express exceptions to this. For example;

(i) Married persons of the same sex will not be able to divorce on grounds of adultery, or to have their marriage annulled on grounds of non-consummation (Sch. 4).

(ii) Equality has not been implemented in all respects in relation to pensions.

There is also general provision in Schedule 4 Part 7 which permits the government to enact future provisions limiting the equivalence of all marriages.

The Secretary of State is required to carry out a review relating to occupational pension schemes and in particular in relation to survivor benefits, the outcome of the review must be published by 1 July 2014.

However the new Act also places an obligation on the Secretary of State to review the operation and future of the Civil Partnership Act 2004 ‘as soon as practicable' and following a full public consultation (s.15). There is no deadline for this, but the future of civil partnerships and the question of whether they will be extended to opposite sex couples is still hanging in the balance.

3.       It allows couples of the same sex to have a religious marriage ceremony.

This does not include marrying according to the rites of the Church of England.

There is no compulsion on any person to conduct a same sex marriage according to religious rites (new s.25A Marriage Act 1949).

The Secretary of State is obliged to review the question of whether marriages according to the customs of other belief organisations should be permitted, and must report by January 2015.

If the marriage is deemed a civil partnership in Northern Ireland or Scotland, and is then dissolved, this will also bring the marriage to an end in England and Wales.

Under the Civil Partnership Act 2004, recognisable same sex marriages entered into in other countries, according to that country's laws, are treated as civil partnerships in England and Wales.

There is, however, also provision in the new Act for same sex marriages contracted under foreign law to be recognised as marriages in England and Wales.  This applies to marriages entered into in the future as well as marriages currently subsisting.

No provision is made for civil partnerships entered into according to foreign laws to be converted into a same sex marriage.

In practice, in relation to civil partnerships, the government adopted the same criteria as the EC Regulation 2201/2003 for determining whether the courts of England and Wales have jurisdiction to hear an application for dissolution. There are also bolt on provisions to allow dissolution here where the civil partnership was registered here, one of the parties is domiciled here but the couple do not reside here.

When the new Act comes into force it will not affect private legal instruments made before that date such as wills and trusts (Schedule 4). This means that when same sex marriages take place in the future, or civil partnerships are converted to marriage, wills or trusts currently referring to ‘marriages' or ‘spouses' will not be taken to include the spouse in a same sex marriage. Families will need to take steps to amend their will or trust instruments where they intend to include spouses of same sex marriages.

References to marriage or spouse in a will or trust deed executed after the date when section 11 of the Marriage (Same Sex Couples) Act comes into force (the ‘equivalency provision'), will include same sex marriages and spouses.

There is also a body of legislations following the Civil Partnership Act which refers to couples living together as civil partners.

There is a legal presumption that a child born to a married woman is the child of her husband, and he will be the legal father unless this is displaced by a declaration or other statutory provision.

The Marriage (Same Sex Couples) Act does not expressly extend the presumption of parentage. It provides that where a child is born to a woman during her marriage to another woman, the presumption is of no relevance to the question of who the child's parents are.

It may be the case that the HFE Act 2008 will be amended to extend the presumption of parentage to women in a same sex marriage, but as it stands presently only women in a civil partnership have the benefit of this legal presumption.

The ability of two persons of the same sex to marry is of particular importance to transgendered people. This is because the position until the new Act comes into force is that where a person in a marriage is issued with an Interim Gender Recognition Certificate it has the effect of making the marriage voidable, and the person can't be issued with a full Gender Recognition Certificate until the marriage has been annulled. In other words, a happily married couple have to divorce in order for one of them to be fully recognised as having changed gender.

In some cases these provisions have prevented people who have changed gender from taking steps to have their new gender formally recognised because they can only achieve this via divorce or dissolution of their relationship.

Schedule 5 of the new Act makes provision for the change of gender of married persons or civil partners.

The Act also specifically provides for the continuation of foreign marriages in particular circumstances after a change in gender.