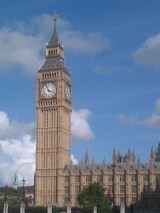 The Marriage (Same Sex Couples) Bill had its final reading in the House of Commons on Tuesday before passing to the House of Lords in early June.

The bill cleared its second reading in the Commons on Monday with support from Labour and Lib Dem MPs as 136 backbench Conservative MPs voted against the Bill.

MPs rejected an amendment - by 375 votes to 70 - to allow heterosexual couples to take up civil partnerships. The amendment, tabled by Former Tory minister Tim Loughton, would have resulted in significant delays to the Bill's implementation.

The proposed legislation would introduce civil marriage for same sex couples, and enable religious organisations to opt in to conduct same sex marriages if they wish to do so.

The Bill includes provisions intended to protect religious organisations and individuals from being forced to conduct same sex marriages.

The Bill would also enable civil partners to convert their partnership to a marriage and would enable married transsexual people to gain legal recognition in their acquired gender without having to end their marriage.

A further amendment to give legal recognition to humanist marriages was blocked on Tuesday  through the intervention of the Attorney General. The Government threatened to make a declaration that the Marriage Bill was incompatible with human rights if the proposal passed as an amendment. This effectively made it impossible for MPs supporting the Bill to vote for the amendment and so it was withdrawn.

will be voted on today. The proposal has been put forward by the British Humanist Association.