John Cornwell, Senior Partner of Dawson Cornwell, died at the age of 69 on Friday 22 February.

John Cornwell dedicated his working life to the development and progress of family law. In 1982 he founded the Solicitors' Family Law Association (now Resolution), drafting a code of conduct that has guided family law solicitors to practice to the highest standards. 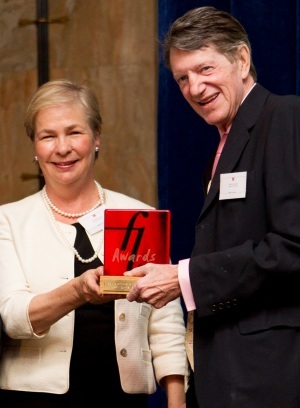 In his acceptance speech, John called upon the profession to continue to work hard to campaign for no-fault divorce and cohabitation, and to ensure that there is a network of properly supported contact centres across the country.

On no-fault divorce, he said: "If somebody had asked me if we'd still be writing idiotic behaviour petitions because we still had fault divorce in 2012, I would have thought they were mad.  In 1996 Parliament actually managed to approve no-fault divorce but still, for reasons lost in the midst of time, we haven't got it yet. Please in the next ten - fifteen years let us achieve that. "

John co-founded Dawson Cornwell and Co in 1972. Forty years on, it is an established family law firm, employing over forty people and specialising in all aspects of matrimonial and children law. John was an acknowledged expert on pensions on divorce.

He was also instrumental in the development of mediation in England and Wales having co-founded the Family Mediator's Association (FMA) in 1988.

John was a Deputy District Judge of the Principal Registry of the Family Division of the High Court and from 1993 to 1999 he was a member of the Law Society Family Law Committee. In 1999, he was appointed Visiting Fellow at the Centre for Socio-Legal Studies, Wolfson College, Oxford.

He is survived by his wife Claire and four step children.

His funeral will be held at Christ Church Spitalfields, Commercial Street, London E1 6LY at 11 am on Wednesday 6 March 2013. There will be a reception afterwards at the church. The family has asked for no flowers but for those who wish, donations will be divided equally between St Joseph's Hospice and Christ Church. Please contact Dawson Cornwell Solicitors for more information.