Cafcass latest care statistics between April 2011 and March 2012 show that the number of care applications made by local authorities remains at an unprecedented high level. 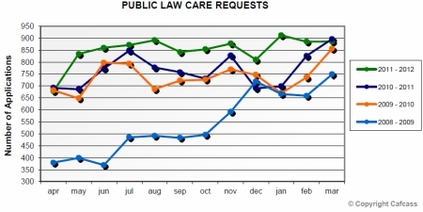