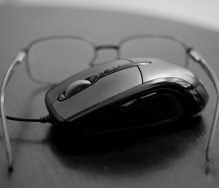 More than 23,000 divorce applications have been made online since the services was launched in May last year, including 13 on Christmas Day, according to new figures from the Ministry of Justice.

Hundreds of people applied for a divorce over the Christmas and New Year period; 455 online divorce petitions were filed between 24 December and 1 January of this year

Justice minister Lucy Frazer said: ‘These online services are already making a difference to people who use the justice system. As we reach this milestone it’s encouraging to see people are reporting these services work well for them and are a better fit around their busy lives.’

The first full week of the new year is usually one of the busiest periods for initiating divorce proceedings, as unhappy couples failed to resolve their differences over Christmas.

The full government statement can be found here.