1st View from the President’s Chambers: The Number One priority 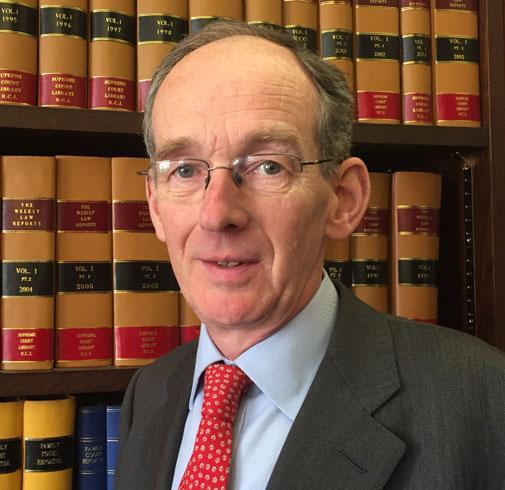 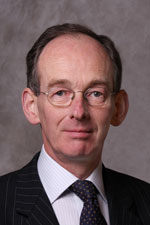 The President of the Family Division, Sir Andrew McFarlane, has issued his first View from the President’s Chambers, addressing what he states is his number one priority, ie the unprecedented and unsustainable volume of cases in the family justice system, and the impact of that on working conditions for professionals. He suggests a number of issues for potential dialogue including the opening hours of courts, the length of position statements and the potential for the relaxation of the requirements of the Family Procedure Rules 2010 (FPR, 2010) as to preliminary documents. He also confirms the establishment of three working groups in relation to private children, public children and experts.

Having spent the past 2 months meeting a large number of people and having now visited some 10 of the 42 Designated Family Judge court centres, I am in a position to set out a preliminary view of the present situation in the Family Court and to offer both a plan and a timetable aimed at addressing the more pressing problems that are currently being faced by all who work in the family justice system.

Publication of this, my first, ‘View’ deliberately coincides with the Key Note Address given to the Association of Lawyers for Children (ALC) Annual Conference in Bristol on 24 November 2018 (see below p 28). The ALC Address should be read alongside this ‘View’ as it sets out in much more detail my preliminary assessment of the high volume of children cases that are at present coming to the courts and offers some focus on those areas of our practice which seem to be the ripest for review. In the ALC Key Note, I have described the need to address the unprecedented and unsustainable volume of cases in the system as my Number One priority.

The workload pressure has also increased in private law cases relating to children, where there are a high number of applications and a substantial rise in the proportion of litigants in person. In this regard, Anthony Douglas’ article (see p 45 below) suggesting a number of possible initiatives aimed at improving practice in private law cases is most welcome.

In addition to the challenge created by the high level of workload in the system, it is clear that there is a separate problem concerning the availability of medical expert witnesses. This is said to be particularly the case with respect to paediatric radiologists, paediatric neuro specialists, forensic pathologists and general paediatricians. This problem, too, merits immediate attention and I am setting up a small group to understand the issues in more detail and to liaise with relevant professional bodies. In order to improve our understanding of these various difficulties, and to develop solutions to meet them, I am most grateful to Keehan J, who has agreed to chair a Public Law Working Group, to Cobb J, who has agreed to re-convene a Private Law Working Group and to David Williams J, who has agreed to establish an Experts Working Group. The timetable that I have set for all three of these Working Groups is for them to produce a final report and proposals for change by Easter 2019. This is a tight timeframe, but these are each pressing problems. My aim thereafter is to flesh out the detail of any proposed changes in procedure and practice in consultation with each DFJ and FDLJ prior to wider consultation and implementation as soon as possible thereafter.

Well-being: dealing with the current pressure

In the meantime, every professional engaged in work in the Family Courts must, I fear, continue to experience the adverse impact of the high volume of cases. I have, on every occasion that I have spoken about these issues, stressed my concern for the well-being of social workers, lawyers, judges and court staff who are conscientiously continuing to deliver a professional service in a timely manner despite the increase in workload. Other than doing what I can to understand and address the underlying causes (which will obviously take time), there is little that I, as President, can do to relieve the current pressure. It is, however, I believe right for me to say publicly in this ‘View’ something which I have said on some occasions to some gatherings in the past few weeks. In these highly pressured times, I think that it is neither necessary nor healthy for the courts and the professionals to attempt to undertake ‘business as usual’. For the time being, some corners may have to be cut and some time-limits exceeded; to attempt to do otherwise in a situation where the pressure is sustained, remorseless and relentless, is to risk the burn-out of key and valued individuals in a system which is already sparely manned in terms of lawyers, court staff and judges.

I would encourage local dialogue between the legal profession and each DFJ on this topic so that some parameters may be agreed as to what is and is not sensible or acceptable in terms of working practices during the next 6 months or more. The following are no more than suggestions for what might be discussed and agreed:

• the earliest time of day when the court can reasonably be expected to sit;

• the latest time of day when the court can reasonably be expected to sit;

• the latest time in the evening, and the earliest time in the morning, when it is acceptable to send an email to another lawyer in a case or to the court;

• reducing the components to be expected in a ‘Position Statement’ to the minimum required (for example simply one side of A4 using bullet points) on the basis that a fuller oral position can be outlined at court if required;

• relaxation of the requirement in FPR, 2010 PD27A, para 6.4 which requires lodging preliminary documents by 11.00am on the day before a hearing.

Other possible topics for agreement may well present themselves to those of you who are regularly undertaking this work.

As family lawyers and judges it is, for me, a total ‘given’ that you will go the extra mile for the sake of the child, the parties and the system when this is needed. You will, I am sure, continue to do so. My present purpose is to acknowledge publicly that we are currently in a situation that cannot be accommodated simply by working beyond what can reasonably be expected every now and again. As Sir James Munby rightly observed before 2016, when declining the encouragement of others to require the courts to make an extra effort to achieve the 26-week deadline, the system then was working flat-out. That was before the 2016/17 increase of 25% in workload. In terms of considering just what the system can sustain recalling Sir James’ words at this stage is timely. My aim in now saying what I have is to give each of you, as the psychologists would say, ‘permission’ to have a sensible discussion with each other and establish a dialogue between local professionals and the local judiciary in order to develop sensible parameters and guidelines on what can, and what should not, be expected from those appearing before and working in the courts.

At the end of October, the go-ahead was given for the Financial Remedies Court pilot to be expanded to the nine courts identified by Sir James Munby in his President’s Circular dated 27 July 2018 [2018] Fam Law 1201. The new scheme, which establishes ticketing and gatekeeping arrangements for matrimonial finance cases, is working well in Birmingham and the West Midlands, which was the first pilot area, and I am confident that this will be a successful and popular development in the other areas which are now beginning to come on stream.

Finally, it is my intention to issue President’s Guidance before the end of December endorsing the 2016 report prepared by Dr Julia Brophy working with a team of young people from NYAS concerning the anonymisation and redaction of detail from published judgments. It is my hope that the advice in Dr Brophy’s report will be applied by all Family Courts.

The President of the Family Division, Sir Andrew McFarlane, January 2019

The President's View first appeared in the January issue of Family Law.