Statistics released today by Cafcass, the Children and Family Court Advisory and Support Service, show that in April 2015 Cafcass received a total of 946 care applications, representing a 18% increase when compared to figures from April 2014. This figure also represents the highest number to date of care applications received during the month of April.

This follows the release of annual figures last month, showing care applications at an all-time high during 2014-15. It has been suggested that this rise in application numbers may be attributable in part to a greater awareness of issues such as child sexual exploitation, which has in turn lead to more referrals to local authorities. Greater public and professional awareness of child protection issues, as well as more rigorous reviewing and scrutiny of plans within local authorities may also play a contributing role.

'While these figures are a useful tool for local authorities who will no doubt analyse and assess what their own figures might mean, statistics in isolation cannot give us the full picture of what might be going on within a local area. More important than an increase or decrease in numbers, and what we are consistently seeing, is that local authorities better understand the families they are working with and have a better grasp of their needs.

Local authorities are trialling innovative new ways of working to provide earlier forms of intervention, demonstrating the high priority being given to child protection, nationally and locally, within the wider context of increasing demand and the need to use budgets effectively to meet these challenges.'

Alison O’Sullivan, President of the Association of Directors of Children’s Services (ADCS), said:

'Though local authorities have experienced significant budget reductions over the last five years we remain active in protecting a growing number of children and young people as these latest figures show. Our partner agencies, including in health services and schools, are better trained and more effective in identifying need and are increasingly working with local authorities to provide extra help and support to children, young people and their families in order to prevent crises.'

Please click here to view the spreadsheet, which, in addition to the monthly national stats, has a tab displaying a breakdown of application and children numbers by local authority for each complete quarter from April 2012.

The full figures are available on the Cafcass website. 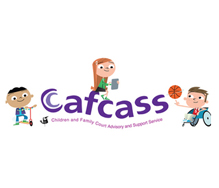 An authoritative study of the legal...
£41.99
View product
Categories:
News

View from the Foot of the Tower: Horse-trading and threshold concessions
Authors: Andrew Pack
7 MAY 2015
The role of the Youth Justice Board in preventing child sexual exploitation
Authors: Jonathan Cailes
11 MAY 2015

View from the Foot of the Tower: Horse-trading and threshold concessions
Authors: Andrew Pack
7 MAY 2015
The role of the Youth Justice Board in preventing child sexual exploitation
Authors: Jonathan Cailes
11 MAY 2015