Who must disclose what and when?

Dec 3, 2018, 17:09 PM
Family procedural law is not as clear as it might be over when ‘a person who is not a party to the proceedings’ (a non-party) can be compelled to produce documents and other information into family proceedings (eg the police, tax authorities, a doctor or accountant etc). The categories of circumstance in which a non-party can be required to produce documents are: An application to the court where statute permits (including as to the whereabouts of children) under Family Procedure Rules 2010 (FPR 2010) r 21.2; By witness summons to produce documents in court (FPR 2010 r 24.2(1)(b): formerly subpoena ad duces tecum); and By the Norwich Pharmacal procedure.
Slug : who-must-disclose-what-and-when
Meta Title : Who must disclose what and when?
Meta Keywords :
Canonical URL :
Trending Article : No
Prioritise In Trending Articles : No
Date : Oct 9, 2018, 03:28 AM
Article ID : 117400

21.2 Orders for disclosure against a person not a party

This rule applies where an application is made to the court under any Act for disclosure by a person who is not a party to the proceedings.
The application… must be supported by evidence.
The court may make an order under this rule only where disclosure is necessary in order to dispose fairly of the proceedings or to save costs….

The impetus for this article comes in part from Lancashire County Council v A, B and Z (A Child: Fact Finding Hearing: Police Disclosure) [2018] EWHC 1819 (Fam) (judgment: 2 July 2018), where Gwynneth Knowles J reviewed problems with delays in police disclosure of evidence in care proceedings. She provided guidance following existing guidance of Francis J in Re L (A Child) [2017] EWHC 3707 (Fam). Both guidances are alongside Protocol and Good Practice Model Disclosure of information in cases of alleged child abuse and linked criminal and care directions hearings October 2013 (the 2013 Protocol) which is intended to apply in care proceedings where both police and local authority have evidence which applies in care and prosecution proceedings.

Gwynneth Knowles J cited r 21.2 in full, but left out r 21.2(1) and (2). She therefore overlooked that the rule only applies where statute requires disclosure. She assumed that (at [8]): ‘When an order for disclosure is made, for example, against the police, they are able to apply under Rule 21.3 to withhold inspection or disclosure of a document on the ground that disclosure would damage the public interest,’ (true: public interest immunity per r 21.3(1)).

Disclosure against the police

The 2013 Protocol encourages co-operation between police and local authorities over similar facts and information behind allegations in relation to children under 17; it does not—it cannot—alter the common law. There are all sorts of reasons why co-operation as envisaged by the 2013 Protocol should be encouraged, but r 21.2 alone does not provide an answer. The court has inherent powers to order non-parties to provide information about children (see Re HM (Vulnerable Adult: Abduction) [2010] EWHC 870 (Fam), [2010] 2 FLR 1057, Munby LJ sitting as a High Court judge); but at present it does not permit disclosure orders save where statute allows (CPR 1998 r 31.17, and now FPR 2010 r 21.2).

The main statutes concerned are the following
.
Also relevant may be disclosure by police as non-parties under s 34(2). In Mitchell v News Group Newspapers Ltd (No 2) [2014] EWHC 1885 (QB) (the case of the bicycling MP who sued for libel) the MP applied under CPR 1998 r 31.17 for disclosure of statements made to the police. Tugendhat J ordered release of most of the requested statements.

‘There is a strong public interest in the court having before it all the relevant evidence and documents. The third parties have legitimate concerns about becoming involved in an action which attracts the interest that this action attracts. But they were all police officers and the events in question arise out of their official duties. The public interest in disclosure clearly outweighs the interests of the individual third parties….’

The conventional way to call a non-party to bring documents into court proceedings is the witness summons ‘to produce documents’. This can be at the final hearing; or it can be prior to the hearing (‘such date as the court may direct’: FPR 2010 r 24.2(4); and see Khanna v Lovell White Durrant [1995] 1 WLR 121, Nicholls V-C). A non-party cannot be required to produce documents which could not be required at a final hearing (r 24.2(5)).

The court has a discretion to ‘set aside or vary a witness summons’ on grounds similar to those for refusing disclosure (eg to require production of a document is oppressive; the evidence is not relevant to an issue before the court; or not necessary to fair disposal of the case (and see South Tyneside Borough Council v Wickes Building Supplies Ltd [2004] EWHC 2428 (Comm) for what is ‘necessary for fair disposal’). In Morgan v Morgan (1976) FLR Rep 473 Watkins J put the test as: the court must balance the need to have the information necessary to get the answer as near as possible right—that is, to ensure ‘that the lump sum awarded is the correct figure’ so far as it can be calculated; as against the ‘rights of the citizen… to keep to himself… details of his wealth and what he intends to do with it’ (a wife’s father had been subpoenaed to produce his will).

An order made under the Norwich Pharmacal rule (Norwich Pharmacal v Commissioners of Customs and Excise [1974] AC 133, HL) will be very rare in family proceedings. It depends on there being wrongdoing (eg non-disclosure) by a party to proceedings; and a non-party who has information relevant to an issue in the case (an accountant, HMRC perhaps) against whom a separate claim must be made. Norwich Pharmacal concerned a company whose patent had been breached. The defendants to the application, HM Customs and Excise, had in their records information as to who had infringed the patent.

Lord Morris in the House of Lords summarised the issue as follows: ‘In my view, it would be… just, if the desired information could be supplied… It will be unfortunate not only from the point of view of the plaintiffs but also of that of the public if the wrongdoers cannot be challenged. In this situation two questions arise: (1) Is it within the power of the court to assist the plaintiffs? And, if so, should an order be made?’ The House uniformly held that the answer to both these questions was: yes. The order for non-party disclosure was made.

The 2013 Protocol is divided into the following three parts.

The operation of the 2013 Protocol and of FPR 2010 r 12.73 (communication of children proceedings information but which excludes police from the list of bodies to whom court information can be provided) can be seen in Re X and Y (Disclosure of Judgment to Police) [2014] EWHC 278 (Fam), [2015] 1 FLR 1218. The police were required to apply to Baker J to be permitted to see a judgment in which he had recorded that the father of a child had admitted that he had perpetrated the injuries on one of three children. The father applied for an order prohibiting the local authority or any other party from communicating any information to the police or CPS. The police filed a statement asking for ‘disclosure of any information that had come to light in these proceedings indicating the perpetrator of [the child’s] injuries ‘in order that the decision to prosecute that person can be taken’. Subject to conditions imposed by the judge, the police disclosure application was allowed.

With that experience in one direction and with the sometimes unsatisfactory response of the police to requests for information into care proceedings in the other, perhaps it is time for a set of rules—not merely a protocol—which incorporate formally procedural steps which are allowed to ensure children’s welfare and successful prosecution. And, if the common law does not permit orders for disclosure from the police (as made by Gwynneth Knowles J), that the law be reformed (a rule is not law) to enable non-party disclosure into children proceedings to be made. 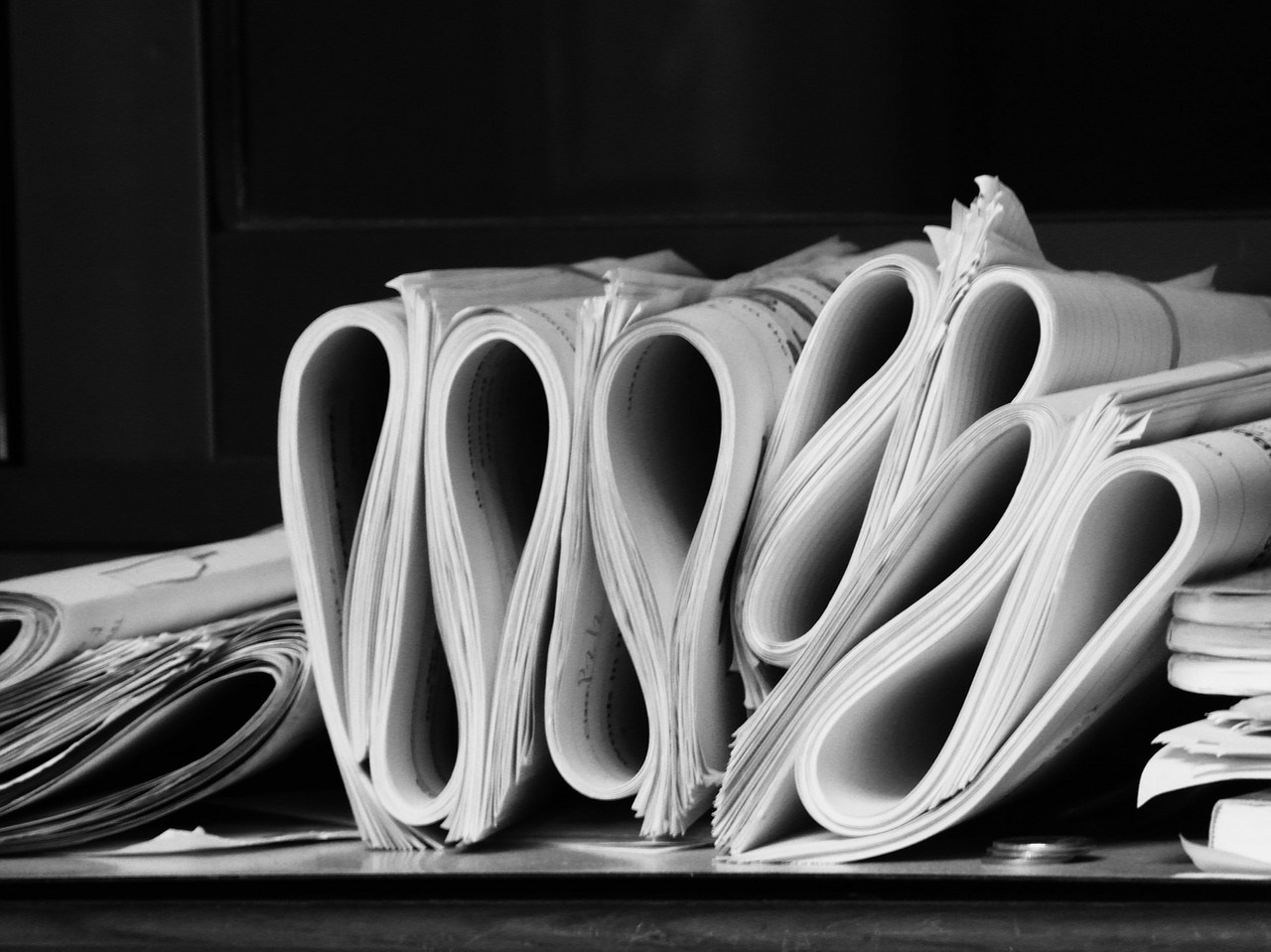