Double wedding, Double trouble: Why having two wedding ceremonies can cause problems later

An increasing number of couples have more than one marriage ceremony – one legal and one non-legal.  Perhaps they have a civil ceremony before jetting off to an exotic location for their wedding, or they may have a register office wedding followed or preceded by a religious ceremony, they might marry in the home country of one before having a ceremony in the home country of the other (or even a third country unrelated to either).

However, there are some pitfalls to watch out for if a divorce is sought by the couple later, as the recent case X v Y shows.

Is it even possible to have two marriages?

Let’s have a look at the two main scenarios to clarify the situation:

Around the time of a destination wedding, usually before, a couple will have a register office ceremony to tie the knot.  It is often not possible for a couple to marry at their destination for whatever reason, so they go through the formalities beforehand.

As such, it is possible, and now fairly common, for a couple to have had two marriage ceremonies.

Are all foreign marriages invalid? Must I have a second register office ceremony?

No, not in the least.  Many people do marry abroad even if they live or were born here and they form perfectly valid legally marriages.  So long as the legal formalities of the country in which the ceremony takes place are followed, the marriage will be recognised in the UK as legally valid.

The problem is that many wedding destinations do not allow visitors to legally marry in a way that fits with their plans.  For example, to legally marry in France, you must reside there for 30 days before the ceremony – not so easy to do for the typical couple.  By contrast in Nevada there is no residential requirement whatsoever. You arrive at the Wedding chapel with a licence and the legal ceremony begins.

In Italy, many castles and vineyards are authorised for wedding ceremonies, but many are not. So, take care and do your research to ensure you can be legally married at your chosen venue.

What went wrong for X and Y?

For X and Y, the problem came about because they had two ceremonies which, apparently, followed the legal requirements of the two countries in which they were performed.  They married in secret from their families in Spain in 1993.  Following a recovery in familial relations, a second marriage ceremony took place a little over a year later in London.  Presumably neither X nor Y mentioned to the London registrar that they had already been through a marriage ceremony or the ceremony would not have gone ahead.

Sadly, the marriage broke down some two years after the London ceremony and divorce proceedings were begun, quoting the date of the London ceremony as the date of marriage.  Decree nisi was pronounced and then decree absolute.  The problem was that the decree absolute referenced explicitly that the marriage began in 1994 in London.  So, what of the Spanish marriage?  Had it ended too?  Were they still married for the 53 weeks between the Spain and London ceremonies?

An application was made to the court to clarify the situation. The end result was the amendment of the decree absolute to refer to the divorce being completed, clarifying that the marriage in question began on the date of the Spanish ceremony.  In reality, the couple did not have two marriages, they had one marriage beginning at the time of the Spanish ceremony, with the London ceremony, although carried out in accordance with the law, essentially being legally meaningless since it was not possible for them to marry each other a second time whilst still being married from the first ceremony.

The case was rather a straightforward one in that neither party disputed the validity of the Spanish ceremony.  This made for a fairly easy decision for the court but nonetheless, significant costs have been run up correcting what, in this case, amounted to little more than a typo (Mr X stated he told his solicitors of the first marriage date but the second was entered by them – perhaps in error?).

Happily, for X and Y they were on the same page – had there been a dispute over the validity of either marriage then proceedings could have been incredibly lengthy and expensive.

What should couples look out for?

It is easy to see where confusion could arise so couples should bear in mind the following points:

Which wedding is legally valid?

If both are conducted in accordance with the law of the country in which they take place, it is the first in time which is the legally valid ceremony.

If only one ceremony was in accordance with the law, then that is the date of the marriage, even if the couple consider themselves to be joined in matrimony from the date of an earlier or later ceremony.

If there is only one ceremony and it takes place abroad, is it valid at all?

Couples must be very careful to ensure their ceremony is a legally valid one or there could be a raft of unintended consequences.  Pay close attention to the ceremony AND anything that must be done before or afterwards.  The ‘marriage’ of Mick Jagger and Jerry Hall serves as a cautionary tale.  Having married on a beach in Bali in 1990, a lengthy and expensive legal battle some nine years later concluded that they had never had a legally binding marriage because the ceremony which took place was not subsequently registered.

In England and Wales, the legal options at the end of a relationship are very limited for a cohabitee compared to a spouse.  Be careful not to be an accidental cohabitee for lack of following the rules where you marry!

Many things depend on being married: being able to make decisions if someone is very ill, inheritance rules and taxation to name but a few.  You must be absolutely clear in your mind what your legal status is as regards marriage in case the worst should happen.

What can I do If I am worried about this?

Speak to a solicitor as soon as you can: a solicitor can give you advice on the validity of your marriage ceremony (or ceremonies).

If there is a problem with a past ceremony but you remain happy in your relationship, you can quickly arrange a legal marriage here in England and Wales (or abroad if you choose).  The good news is that if you were to subsequently divorce, any financial decisions would be made on the basis of how long you had been cohabiting so long as it happened seamlessly with the legal marriage so you might not be disadvantaged in any way.

If you have split and are worried about financial provision, a solicitor can make sure your rights as a cohabitee (and a co-parent if relevant) are maximised.

If, like X and Y, you have already divorced but think your decree of divorce might be defective, as this case shows, it can be fairly straightforward to rectify the problem.  A solicitor can advise on the best way to do this to avoid problems in the future. 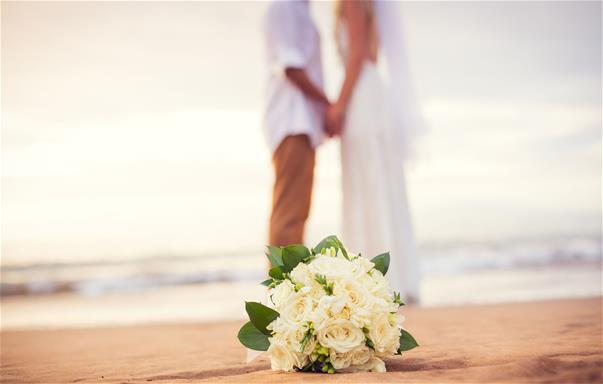