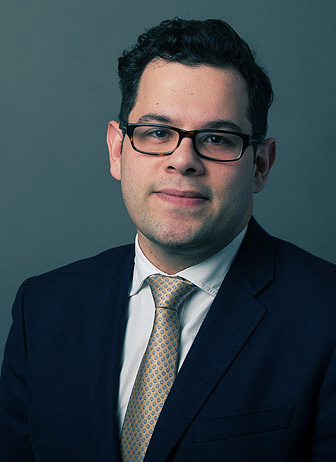 This appeal concerned the procedure now embodied in Practice Direction 10A and introduced by the President of the Court of Protection, Sir James Munby, to deal with the huge number of applications made to authorise deprivations of liberty in the wake of the Supreme Court’s decision in P (By His Litigation Friend the Official Solicitor) v Cheshire West and Chester Council and Another; P and Q (By Their Litigation Friend the Official Solicitor) v Surrey County Council [2014] UKSC 19, [2014] COPLR 313. The issues raised by the appellants were: whether P must always be joined as a party (the President having decided not); and whether the initial decision authorising the deprivation of liberty and subsequent reviews required an oral hearing (the President having found this is not necessarily the case).

A complicating procedural factor was that on neither occasion before the President did an order arise from the judgment he gave and therefore a significant preliminary issue arose in relation to jurisdiction: first, did the President have jurisdiction to make the decisions he did; and, consequently, was there jurisdiction for the Court of Appeal to hear this appeal? Black LJ, somewhat critical of the Official Solicitor (appointed as Advocate to the Court) for not having raised any arguments against the proposition advanced by the other parties that there was jurisdiction, rejected the notion that jurisdiction arose from a 'decision' at first instance. Furthermore Black LJ found that neither the appellants in this case, nor the Law Society (intervening), had a legitimate basis for appeal, with neither of the issues raised for consideration on appeal (joinder of P and the need for an oral hearing) having arisen for determination at first instance. The Court of Appeal also rejected the suggestion that, in the absence of jurisdiction for an appeal, the Court could 'transform' the proceedings into judicial review proceedings.

Ultimately the Court declined jurisdiction but nevertheless set out what it would have decided on the need to join P as a party, there having been insufficient time during the course of argument for the second issue to be considered.

Black LJ considered the President’s reasoning and conclusions in concluding that it is not necessary to join P to proceedings so long as 'stringent' criteria are met. The problem acknowledged within the judgment was that the President’s scheme assumed P is able to communicate a wish to participate in proceedings and relies on high quality information being given to the Court, often by an organisation. The risks of apparent conflicts arising are obvious. Black LJ concluded that, whilst not going so far as to suggest that no scheme in relation to deprivation of liberty could be Article 5-compliant unless P was joined, she did not see an alternative (para [104]). Gloster LJ went further, opining that the President's conclusion - that a patient need not be made a party in order to ensure that the proceedings are properly constituted (even though he may be joined as a party at his request) - is not consistent with fundamental principles of domestic law and does not provide the degree of protection required by the Convention and the Strasbourg jurisprudence (see para [107]).

In light of the finding of lack of jurisdiction to entertain the appeals, the observations of the Court of Appeal can only be seen as obiter dicta. What is almost inevitable, however, is that there will be an urgent review of the procedure introduced by Munby P to deal with applications of this kind and the consequent increase in workload for the Court of Protection. That workload seems to be likely to increase yet further, pending further consideration and likely revision of Practice Direction 10A.

IN THE COURT OF APPEAL

RE X (COURT OF PROTECTION PRACTICE)