The Transparency Pilot: A note from the Vice President of the Court of Protection

Sep 29, 2018, 21:07 PM
court of protection, transparency pilot, standard order
The ad hoc Committee on the COP Rules has recommended that a further amendment should be made to the Transparency Pilot
Slug : the-transparency-pilot-a-note-from-the-vice-president-of-the-court-of-protection
Meta Title : The Transparency Pilot: A note from the Vice President of the Court of Protection
Meta Keywords :
Canonical URL : http://www.jordanpublishing.co.uk/practice-areas/private-client/news_and_comment/the-transparency-pilot-a-note-from-the-vice-president-of-the-court-of-protection
Trending Article : No
Prioritise In Trending Articles : No
Date : Jun 28, 2017, 04:48 AM
Article ID : 114242
This note is a public document.

In the schedule to my judgment in V v ANL [2016] EWCOP 21 I set out a number of points relating to the Transparency Pilot (and so the order made under it restricting reporting – the Pilot Order) and the reporting restrictions orders made in serious medical cases to which Practice Directions 9E and 13A continued to apply (RROs).

Since then the ad hoc Committee on the COP Rules has considered the amalgamation of the two approaches and as a result has recommended that a further amendment should be made to the Transparency Pilot to achieve the result that it applies to all proceedings in the COP apart from applications for committal. I am very grateful to those who gave up their time to do this work.

This recommendation has been accepted and means that further changes will be made to the standard Pilot Order. The new version is attached.

It is hoped that the changes make it clearer by the use of headings.

i.   is still directed to those who attend or find out what happened at an attended public COP hearing, and so is not directed to the world at large which the RROs were,
ii.   still does not contain a schedule identifying those who cannot be identified,
iii.   contains alternatives relating to its duration (which reflect the old Pilot Order and the RROs) for selection by the judge,
iv.   now does contain a list of what is not restricted by the order, which is modelled on, but does not replicate, the list in the RROs, and
v.   provides that the injunction does not apply to a public hearing of, or the listing for hearing of, any application for committal.
A change for serious medical cases is that prior notice of the making of a Pilot Order will not be given to the media. On that topic in the Schedule to my judgment in V v ANL I said:

'To my mind proper notification to the media of the existence of the proceedings and of the date of the public hearing of a case relating to serious medical treatment and the terms of any reporting restrictions order made when a public hearing is directed is what really matters. And when that order follows a standard process referred to in a practice direction or rules it seems to me that:
i.   there are compelling reasons why the parties bound by the reporting restrictions order need not be notified of the application (see s. 12(2) of the HRA 1998), particularly if they are defined by reference to those who attend the public hearing (or get information from those that do), and
ii.   this view is supported by the approach of the Court of Appeal in X v Dartford and Gravesend NHS Trust (Personal Injury Bar Association and another intervening) [2015] 1WLR 3647 in particular at paragraphs 25 to 35.
If those bound by the order (and so the media) have such notification they can then attend the hearing knowing, in general terms, what the case is about and the terms of the reporting restrictions order and they can challenge that order then or at another time.'
The accepted recommendation reflects those comments and other points in that Schedule relating to notification and the old Pilot Order and RROs.

This change to the Transparency Pilot is part of an important exercise that is directed to finding the best approach to achieving the result that, on a case by case basis, the COP identifies and directs the correct balance between Articles 8 and 10 and thereby correctly promotes the powerful public interests they engage and reflect.

It is recognised that it is important that cases are appropriately described when they are listed to provide information to the public at large of what they are about and when and where they will be heard. Comment on how this should be and is being done is welcomed. As is more general comment on how the public and the media can make themselves aware, or should be made aware, that certain types of case are due to be heard and a Pilot Order has been made in them. Such comments should be directed to joan.goulbourn@justice.gsi.gov.uk as The Secretariat for The Court of Protection Ad Hoc Rules Committee or to me or the President of the COP. 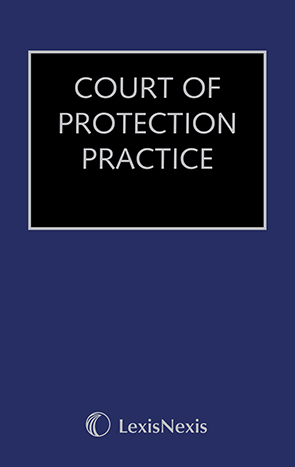 Court of Protection Practice provides a detailed and authoritative guide to the enhanced jurisdiction. Written by a team of lawyers involved in the implementation of the Mental Capacity Act 2005, it provides valuable procedural guidance for all judges hearing cases in the Court of Protection and remains the leading court reference work governing this fast-developing jurisdiction. 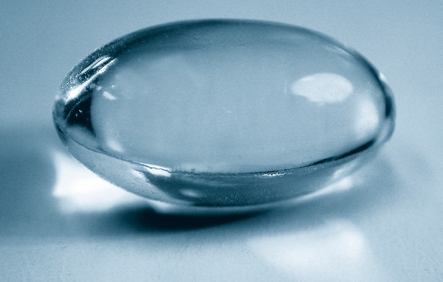