On 1 July 2020, the Supreme Court handed down judgment in the matter of Villiers. The appeal, which was brought by the husband, centered on whether the English court has jurisdiction to make a maintenance order under section 27 of the Matrimonial Causes Act 1973 in circumstances where the divorce between the parties took place in Scotland. We unpack the nature of the judgment and its wider ramifications in this article.

As acknowledged in the separate judgments of the Supreme Court Justices, at the heart of this appeal is the vastly different outcome a spouse can expect in terms of spousal maintenance as between the Scottish Courts and the Courts of England and Wales.  It is widely accepted that the English Courts are more ‘generous’ to the financially weaker spouse than the Scottish Courts. Whilst maintenance provision in Scotland is usually limited to a maximum of three years, the English Courts can, and regularly do, make orders for longer terms, up to the rest of one spouse’s life. This core motivation of the parties was acknowledged but bore no explicit impact on the judgment of the Supreme Court. It sets the vital scene for the wider impact of this judgment.

The Appellant Husband and Respondent Wife were married in 1994 and lived most of their married life in Scotland. Following their separation, the wife moved to England with the parties’ daughter and issued a divorce petition in the English Courts. This was dismissed on the husband’s request and with the wife’s consent in favour of the writ of divorce which the husband had issued in Scotland (the jurisdictional rules for divorce intra-UK dictating that it should take place there). The wife made an application under section 27 of the Matrimonial Causes Act 1973 in England seeking maintenance from the husband under the so-called ‘failure to maintain’ provision. The husband argued that the English Court did not have jurisdiction to deal with this application. At first instance, at an interim hearing, Parker J decided that the English Courts did have jurisdiction and made an order that the husband pay to the wife £2,500 per month in interim maintenance and £3,000 per month for legal funding. The husband appealed to the Court of Appeal.

The Court of Appeal’s decision

Permission to appeal to the Supreme Court

The husband sought permission to appeal to the Supreme Court on the following grounds:

The Supreme Court granted permission for the husband to appeal on all but ground (4) listed above.

The four over-arching themes which were explored by the Supreme Court can be summarised as follows:

The husband argued that the divorce proceedings in Scotland and the maintenance claim in England were related action. Pursuant to Article 13 of the Maintenance Regulation this would mean that the English Court should decline maintenance jurisdiction under s27 in favour of the Scottish Court, which was already dealing with divorce. Article 13 permits a court to decline jurisdiction where there are related actions ongoing in another member state (or, as here, another part of the UK).

At the crux of this issue is the question of whether the dissolution of a marriage is a ‘related action’ (for the purposes of Article 13) to the application of one spouse for a maintenance order. The majority of the Supreme Court found that it was not. It is on this point which Lord Wilson and Lady Hale dissented.

In the minds of litigants and lawyers in the family law area the issues are seemingly inextricably linked. It is a truism to say that the end of a matrimonial relationship one spouse often will seek maintenance from the other. In England and Wales, the most common route for an action for maintenance is to issue a petition for divorce or an application for a civil partnership dissolution and to then issue a Form A for a financial order, including maintenance. Section 27 is rarely used as a stand-alone jurisdiction for financial orders. So, instinct may say the two are related and it may therefore be somewhat of an anathema that the two are not a ‘related action’. But this is the position in the lead judgments of Lord Sales and Lady Black. Lord Wilson, dissenting, adopted a ‘common sense’ approach and was critical of the restrictive approaches of the lead judgments.

The examination by the Supreme Court of the relevant EU legislation bears this out. Matrimonial dissolution and maintenance provision are dealt with separately and distinctly by EU Regulations (the Brussels II Regulation and the Maintenance Regulation). Maintenance is excluded from the Brussels II Regulation. Whilst maintenance provision is often linked to marital breakdown, actions for divorce are to do with marital status and maintenance actions are related financial provision. They are closely connected, but they are not related actions. Lady Black drew a rather glib parallel to a spouse bringing an action for divorce and an action in contract or tort involving the same parties; connected by not related actions.

Crucially, having proceedings for divorce and maintenance in two separate jurisdictions will not lead to irreconcilable judgments. “A judgment in the wife’s maintenance claim would not be irreconcilable with a divorce decree in Scotland, as provision under section 27 can survive divorce” (per Lady Black at paragraph 90).

The judgment also lends well to the policy of the Maintenance Regulation. The Regulation aims to make it easier for a maintenance creditor to pursue maintenance, including through the Courts of the jurisdiction in which they are habitually resident. This should be even if that jurisdiction is separate to where their marriage is being dissolved.

The decision of the Supreme Court will facilitate the maintenance creditor faced with the prospect of reduced financial claims owing the previously decisive action of a spouse issuing a divorce in a favoured jurisdiction. If that issuing spouse is also prevented from issuing maintenance-based proceedings against themselves (as was proposed obiter by Lord Sales at paragraph 48), the judgment is a victory for the financially weaker party. This may encourage forum shopping, but the intent is to favour the financially weaker party. Lord Sales sums up – “[the husband] clearly thought that the wife had engaged in illegitimate forum shopping; but the Maintenance Regulation laid down a right for her to choose the forum in which to sue.”

The husband also argued that the doctrine of forum ‘non conveniens’ applied intra-UK in maintenance claims, arguing that an English court has the discretion to stay proceedings in England if Scotland was found to be the more appropriate jurisdiction.

The Court of Appeal held that the forum ‘non conveniens’ doctrine had been removed by domestic legislation in Schedule 6 of the Civil Jurisdiction and Judgements Maintenance Regulations 2011, which states the same laws which apply to decide which court of which EU member state should determine claims for maintenance between wife and husband should apply to decide whether a court in England or Scotland should determine a claim for maintenance.

The husband argued in alternative that the rules in schedule 6 and the maintenance regulation also have the effect that the English courts should have stayed his wife claim for maintenance and made her bring her claim in Scotland.

The Supreme Court rejected the husband’s argument as to forum ‘non conveniens’. Lord Sales stated that the EU Maintenance Regulation sets clear and binding rules about which court should hear a claim for maintenance and excludes national laws to qualify those rules with discretionary powers for courts to decide where in their opinion the claim should be brought. He continued that Schedule 6 adopts same clear rules to decide whether a court in England or Scotland should hear a claim for maintenance.

The Supreme Court also rejected the husband’s argument that the Secretary State of Justice who made the 2011 regulation had no power to change the law to remove the forum ‘non conveniens’ doctrine.

This was the first intra-UK Maintenance Regulation case to be heard by the Supreme Court. The Lord Chancellor was been given permission to intervene and it is the first time in 200 years that the government have intervened in a financial family law case, such was the import to intra-UK family law.

The Supreme Court has confirmed that applicants for maintenance have the right to bring a claim in the court where they live, and that the English courts do not have the power to refuse to hear the claim on the basis that another UK court is seized of the divorce only or may be considered to be a more appropriate forum.

Critics, including the dissenting Lord Wilson, will say that the outcome allows for the possibility of Court actions running in parallel in two separate jurisdictions and couples will have to endure the resultant uncertainty and expense. But the decision will allow for maintenance applicants to exercise the positive right to forum shop on maintenance where the other spouse has shopped for a divorce in a more beneficial jurisdiction.

A link to the judgment can be found here.

Each case is different and often what is needed is a practical and fair solution for both parties. It is important you get legal advice early on to allow you time to act promptly and before your spouse seizes jurisdiction. At iFLG, we are regularly involved in a number of international cases and cases involving Scotland and England where people need to navigate through the complexities of divorce law toward a resolution. If you have any queries regarding this guidance please do not hesitate to contact us. 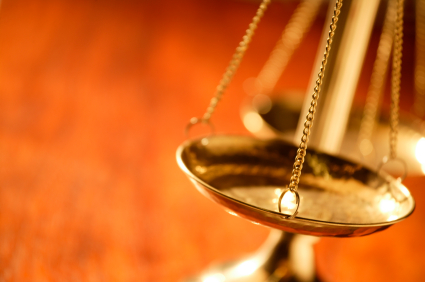