A speech delivered at the launch of the Care Crisis Review, 13 June 2018

I would like to join with others in expressing my appreciation, admiration and professional respect for the team at the Family Rights Group led by Cathy Ashley, who have undertaken this review, under great pressure of time, in order to deliver the detailed, insightful and very important report that is being launched this evening. Enormous gratitude is due to the Nuffield Foundation for entirely funding this project. Great credit and thanks are also due to Professors Harwin, Masson and Broadhurst who, together with their respective teams, have provided the timely and enlightening research that underpins some of the important insights now recorded in the Care Crisis Review Report.

‘Crisis’ may be an overused word and some, outside the court system, may have questioned its deployment by Sir James Munby two years ago in relation to the rise in the number of care applications being received by the courts. For my part, I consider that Sir James was fully justified in calling this a crisis and, as the continuing figures have borne out since, Sir James was plainly right to blow the whistle when he did. The Cafcass figures for last month, May 2018, record the second highest monthly figure for care applications received. I, too, am clear that this is a crisis and I am extremely concerned to see that it is by no means abating.

As the Report demonstrates, the rise in the number of applications may be attributed to a broad range of factors, some wholly disassociated from each other, which may impact upon the decision to issue a care application in a complicated, and at present little understood, manner. It seems to be the case in relation to each of these factors that, rather than the relevant families’ circumstances being addressed in another way, the default position has been to bring the matter to court by issuing a s 31 application.

Whatever the cause of this rise in numbers may be, its effect, certainly from the perspective of the judges and the court staff, is that the workload, which prior to the rise was almost unsustainable, is now wholly untenable. On the positive side it is possible to say ‘thank heaven for the Public Law Outline (PLO), the 26 weeks and the reform package that Sir James Munby so effectively introduced 5 years ago’. The result was that, when the rise in numbers began to kick in, the judges and the courts were ‘match-fit’ to process and determine the applications in a timely manner. Had the system still been pottering along with an average case time of 60 weeks, it would have fallen over long ago. That, happily, has not yet occurred. Additional judicial ‘hours’ have been allocated to ‘Family’ and that is obviously welcome. However, despite the equally welcome addition of new recruits in the form of specialist part-time judges, finding the right judges to take up these extra judicial hours is not always easy.

Having set the general scene, I wish to make one or two specific points picking up on elements within the report.

First of all, I welcome those parts of the report that take the reader back to the original policy and philosophy behind the Children Act. It was integral to the ethos of the Children Act 1989 that family life should be independent and free from unjustified interference by the state. That ethos was encapsulated in the central concept of ‘parental responsibility’, which was reinforced by the presumption that a court order modifying or restricting the exercise of parental responsibility would not be made unless to do so would promote the child’s welfare. That statutory foundation was further underpinned by the Human Rights Act 1998. Part III of the Children Act 1989 set out general and specific duties imposed upon local authorities in respect to the services that they must, or may, provide to children and families. In the context of Part III working in partnership with those holding parental responsibility and members of the wider family was a guiding principle in the effective discharge of a local authority’s duties. The principle of work in partnership was introduced and supported by the body of government guidance issued when the Act came into force.

Moving up the scale the ability of the state, in the form of a local authority, to intervene in family life was governed by the threshold criteria in s 31. The then Lord Chancellor, Lord Mackay, who was the hands-on pilot of the legislation through parliament said this in the Joseph Jackson Memorial Lecture:

‘The integrity and independence of the family is the basic building block of a free and democratic society and the need to defend it should be clearly perceivable in the law. Accordingly, unless there is evidence that a child is being or is likely to be positively harmed because of a failure in the family, the state, whether in the guise of a local authority or a court, should not interfere.’ (Joseph Jackson Memorial Lecture (1989) 139 NLJ 505)

Lord Mackay went on to describe the threshold criteria as ‘the minimum circumstances that the government considers should always be found to exist before it can be ever justified for a court even to begin to contemplate whether the state should be enabled to intervene compulsorily in family life’.

Lord Mackay explained that the policy behind the Act deliberately ruled out giving the authorities and the court a broad discretion when deciding whether or not to intervene in family life he said:

‘I do not believe that a broad discretion without defined minimum criteria, whatever its guiding principle, can be justified…unless there is evidence that a child is being, or is likely to be, positively harmed because of failure in the family, the state should not interfere.’

In terms of the category of cases coming before the Family Court in care proceedings, we have always seen the top end of child abuse, those clear, and sometimes horrific, cases where it is plain that abuse has taken place with the only issues for the court being the identification of the perpetrator and the ultimate welfare decision as to what final order should be made. Again, in cases of gross abuse, the welfare decision may be comparatively straight forward. To my mind, the category of cases that are now coming before the court in greater numbers than was seen hitherto must, almost by definition, come from the opposite end of the spectrum of harm. They are likely to be cases of poor parenting and neglect and in such cases there is a need for the court to be astute as to the requirements of the threshold criteria. There may be a danger of the system slipping into the exercise of a broad benevolent discretion with courts accepting the need to help children who are generally in need, rather than strictly questioning whether the state of affairs for the particular child has indeed reached the level, which the architects of the Children Act clearly considered was required, sufficient to justify statutory orders.

It may properly be said that we have reached a stage where the threshold for obtaining a public law court order is noticeably low, whereas, no doubt as a result of the current financial climate, the threshold for a family being able to access specialist support services in the community is conversely, very high.

The second general observation I wish to make can be more shortly stated. Just as the number of public law applications has risen, so too have those between parents seeking a private law order. This is important in at least two respects. Firstly, the increased number of private law applications have to be heard and determined by essentially the same cohort of judges who are coping with the increased public law workload.

Secondly, it is important not to lose sight of the crossover between private and public law. I suspect that it is the case, but do not know, that the number of s 7 and s 37 referrals to local authorities from private law cases has gone up with the consequence that some of the cases now manifesting themselves as additional public law applications may have originated from a private law dispute.

My third general point relates to ‘pre-proceedings’ work under the PLO. In this short address I can do no more than point, but point I do, to what is said in the report about pre-proceedings practice which, in various areas, is seen to be the entrance lobby to the court room, where the local authority are doing no more than ticking a box or using the process to gather evidence, rather than making a genuine effort to deliver a wake-up call to parents and divert them from the court process.

Fourthly and finally, it is plain that neither the local Family Justice Board nor the National Family Justice Board are working effectively and in a manner that was envisaged by the Family Justice Review. Family Justice boards are, in my view, essential to the good operation of ‘the system’, for in reality there is no single ‘Family Justice system’ and what is required locally and nationally is a drawing together of the key agencies on a regular basis for wide ranging co-operative dialogue and leadership.

This chimes with reports from up and down the country suggesting that in some areas the local Family Justice Board have ceased to be effective.

Anyone reading the Care Crisis Review report may conclude that there is no ‘silver bullet’ or ‘quick fix’ and, in terms of addressing the whole problem that might be correct. However, there is at least one ‘quick fix’ that I can see and it is to revitalise and refocus the work of the national and local Family Justice Boards. At a time of crisis, for the single element in the system that brings the key players together locally and nationally not to be functioning is a disaster and can properly be seen to be part of the problem. For this decline to be reversed immediately is, to my mind a no brainer. I am therefore very pleased that the two ministers who now chair the National Family Justice Board agree that it should meet regularly and be seen to be delivering leadership on a broad basis to the system as it continues to cope with this unprecedented influx of work.

In conclusion, I congratulate all involved in the Care Crisis Review for producing a rich and thought-provoking document which, whilst not answering all the questions, provides much needed focus on the likely key issues and points the way forward in terms of further work. It is now up to each professional and agency involved in Family Justice to consider the detail of this report and then to determine how we may work together to meet the continuing challenge of this present crisis. 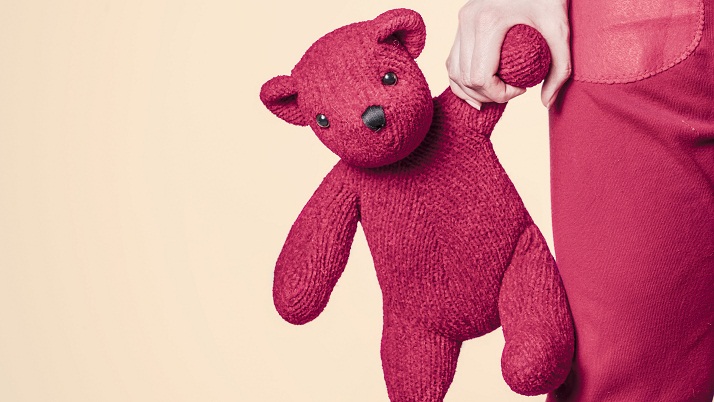