In June 2018 the Supreme Court ruled in favour of a heterosexual couple who had argued that their inability to formalise their relationship through a civil partnership was incompatible with the European Convention on Human Rights.

The Prime Minister indicated in October that she would legislate to give all couples the same choices as to how to achieve legal recognition of their relationship for the first time, writes Ashford's family solicitor Emma Mackay.

Civil partnerships were first introduced for gay couples in 2004. In 2014 gay couples were given equal marriage rights to heterosexual couples but the right to enter into a civil partnership for gay couples remained as an option. This created an anomaly as there was no similar right for heterosexual couples to formalise their relationship without entering into a religious or civil marriage. For some people, the institution of marriage is patriarchal and archaic but they still wish to formalise their relationship and also to benefit from the financial and tax advantages of a legal union.

Some cohabiting couples are shocked when the relationship breaks down to discover that their "common law marriage" has no legal recognition. This leads to difficulties , particularly where there are children of the relationship, when they are unable to bring the same financial claims against each other as if they were married, such as claims against each other's income, capital and pensions.

The proposed change in legislation will not affect these couples unless they enter into a civil partnership.

A civil partnership would confer the same rights on the civil partners as married couples enjoy in relation to inheritance tax exemption and marriage income tax allowance. It would also mean that they could receive Bereavement Support Payments and potentially benefit from their partners state and occupational pension schemes on their partner's death.

Also, if the relationship were to break down, then civil partners benefit from the same remedies available to married couples to bring claims against each other in relation to income, pensions and capital assets.

The proposed legislation resulting from the recent Supreme Court ruling will not affect cohabiting couples unless they enter into a civil partnership. What it will allow, is for heterosexual couples to enjoy a legal union, with the same important financial implications as marriage which is not a marriage. For the first time in British history , all couples will be on an equal legal footing. 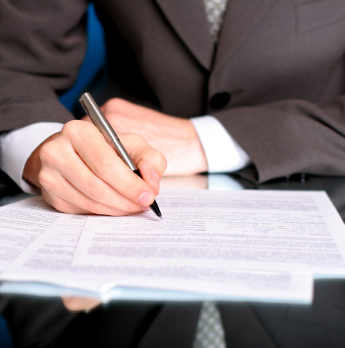