In  Q v Q; Re B; Re C [2014] EWFC 31, [2014] 2 FLR (forthcoming), Sir James Munby was dealing with three unrelated private law cases, 'in which a father is seeking to play a role in the life of his child, who lives with the mother. In each of the three cases the President was confronted with the same issue, namely, the mother having access to public funding while the father did not.

He notes that in part these problems pre-date the implementation of LASPO; however, also recognises that these problems have 'been very considerably exacerbated by LASPO'.

The President asked what the court is supposed to do when a litigant is unable to afford representation and exceptional funding is not available. He made reference to  legal aid exceptional case funding statistics which showed that only eight cases had qualified as 'exceptional' in the period covering 31 March 2013 to 1 April 2014.

'The absence of public funding for those too impoverished to pay for their own representation potentially creates at least three major problems: first, the denial of legal advice and of assistance in drafting documents; second, and most obvious, the denial of professional advocacy in the court room; third, the denial of the ability to bring to court a professional witness whose fees for attending are beyond the ability of the litigant to pay.' (para [43])

Citing Art 6 and the right to a fair trial, Sir James Munby said:

'Article 6 guarantees the right of “practical” and “effective” access to the court. In the case of a litigant in person, the question is whether, without the assistance of a lawyer, the litigant will be “able to present her case properly and satisfactorily”: Airey v Ireland (Application no 6289/73) (1979) 2 EHRR 305, para 24.' (para [48])


The President, arguably, submits a direct challenge to the government when at para [79] he says:

'In the ultimate analysis, if the criteria in section 31G(6) are satisfied, and if the judge is satisfied that the essential requirements of a fair trial as required by FPR 1.1 and Articles 6 and 8 cannot otherwise be met, the effect of the words “cause to be put” in section 31G(6) is, in my judgment, to enable the judge to direct that appropriate representation is to be provided by – at the expense of – the court, that is, at the expense of HMCTS.'

He continued by setting out three caveats to his judgment:


In his concluding remarks he says, 'The Ministry of Justice, the LAA and HMCTS may wish to consider the implications. That is a matter for them.'

‘The judgment’s significance is as a signal to policymakers. It says that in private law Children Act proceedings where exceptional funding is not granted, and interpreters or experts deemed necessary to resolve proceedings justly are put out of the court’s reach; or Article 6 and 8 rights are put at risk because legal representation is not funded by the LAA - for example, where an alleged perpetrator is set to cross-examine an alleged victim - then the court will consider ordering costs against HMCTS, on the basis that some part of the public purse has to meet the state’s obligations. This is really an exhortation to the MoJ and LAA to sort things out before matters reach that stage.’ 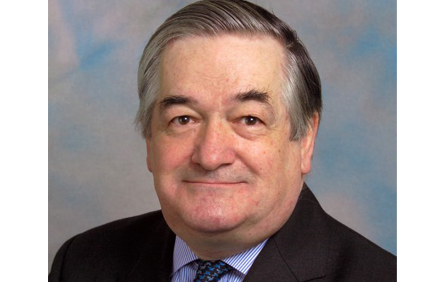