On 20November 2015 Deputy President of the Supreme Court, Lady Hale, gave the key note address at the Annual Conference of the Association of Lawyers for Children (ALC) which was held in Manchester.

In her address, Lady Hale discussed the issue of children giving evidence in family proceedings, noting that in the past it was considered unusual for a child to be present in court.  By way of example, she referred to the comments of Mr Justice Waite, as he then was, in Re C (A Minor) (Care: Child’s wishes) [1993] 1 FLR 832, that a 13-year-old girl who had been present in court with the support of her guardian in proceedings about her had seemed ‘preoccupied, and who can blame her, with her toys and colouring books’.

Lady Hale indicated that she did not find that at all surprising and humorously shared that her husband would sometimes sit in the public gallery of the Supreme Court where he often observed the junior lawyers sitting behind counsel, apparently typing notes but in fact checking their emails or playing solitaire.  However, Lady Hale indicated that she had long felt, and still does feel, that it was a backward step to prevent a child being present if he or she wants to be there and his or her guardian supports the attendance.

Lady Hale discussed that when she was in the Family Division there was a reluctance to have children present in proceedings, despite the Children Act 1989 provision that the ‘ascertainable wishes and feelings’ of the child should be taken into account.  There was also a reluctance to see children in private.  The preference was for the views of the child to be passed on via the guardian or Cafcass officer.

More recently, people such as Lady Hale herself (during her last address to the ALC in 2003) had started to argue that there were positive advantages to judges seeing children and the Guidelines for Judges Meeting Children who are subject to family proceedings were issued by the then President of the Family Division, Sir Mark Potter, in 2010.  However, as seen in Re KP (A Child) (Abduction: Rights of Custody) [2014] EWCA Civ 554, [2014] 2 FLR 660, there is presently a presumption against judges using such meetings with children to gather evidence as to their wishes and feelings for the future.  The present view is that, when listening to the child’s wishes and feelings, the judge should be a ‘passive recipient’ and not probe or test what the child said.

Lady Hale noted that the Final Report of the Vulnerable Witnesses and Children Working Groupconfirmed that it is not at all usual for children to give evidence in criminal proceedings, with 33,000 children having given evidence in 2012, but that there are no figures available as to numbers of children giving evidence in family proceedings.  That report concluded that simply providing for children to meet with the judge is simply not enough for present-day family justice.

The criminal justice system has developed so-called ‘special measures’ the name of which suggests that they are only used in exceptional circumstances, but in fact they are used routinely to enable children and vulnerable witnesses to give evidence.  In Lady Hale’s opinion there was a lot to be said for the family court having the option to adopt ‘special measures’ where appropriate both for a child and for vulnerable parents in proceedings so that evidence, whether as to fact or as to the child’s wishes and feelings, can appropriately be given.  But of course there are resource implications for both.

Although noting that there may be contrasting views on the issue of children giving evidence, Lady Hale referred to the judgment in Re LC (Children) [2014] UKSC 1, [2014] 1 FLR 1486  where she had commented that inquiring into the child’s perceptions of where he was habitually resident ‘accords with our increasing recognition of children as people with a part to play in their own lives, rather than as passive recipients of their parents’ decisions’ or indeed the courts’.

The issue of how best to deal with children giving evidence in proceedings remains unresolved.  Lady Hale concluded her address by expressing that she was glad that it was now firmly on the agenda but noting that she was not at all sure where this tricky issue was headed or whether it was, in fact, headed in the right direction. 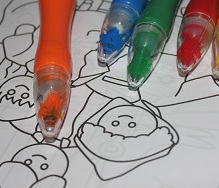