The case was widely headlined in the press as a surrogacy dispute, but the facts are complicated and it is worth reading the full judgment if you want to get a feel for what actually happened. At its heart was a dispute between the mother on the one hand, and the father and his same-sex partner on the other, about what was agreed before the child was conceived. The couple said that the two of them were intended to be the main carers and that the mother (who was a friend of the biological father’s) would have a subsidiary but active role. The mother vehemently denied this, saying that she had agreed to have a child with her friend (and not his 'on-off boyfriend') and that she never agreed to hand the baby over to them. Having heard evidence over 5 days, and viewed emails between the parties before conception, the court rejected the mother’s evidence and found that there had been an agreement as described by the couple, who were in a cohabiting relationship of 10 years at the time of conception. Rather than having a subsequent change of heart, the court also found that the mother had 'deliberately misled the Applicants in order to conceive a child for herself' (her two older daughters having been moved to live with their father, her ex-husband, following protracted court proceedings in a separate case).

The judgment sets out how, in a ‘vendetta’ against the couple and a campaign to make the child 'solely her own', the mother then excluded the couple from being present at the birth, registered the child without naming the father or involving him in her choice of names, used breastfeeding and her choice of parenting style to deny and limit contact, denigrated the couple’s relationship and made 'wholly unsupported' allegations about drug-taking and sexual conduct in a 'deliberate attempt to discredit H and B in a homophobic and offensive manner', maliciously outed the father to his elderly relatives overseas after the court granted him overnight contact she did not agree with, 'continually disrupted' contact in breach of court orders including repeatedly taking the child to the doctor or hospital when she was 'not ill or had no more than a cold', had the baby secretly baptised in breach of a prohibited steps court order (and then lied about having done it in sworn evidence), and delayed and disrupted the court proceedings.

'Throughout the proceedings S has quite deliberately and explicitly sought to portray herself as a victim. Indeed she describes herself as such and claims that she is discriminated against as a mother and, more particularly as a breast-feeding mother ... There was never the slightest indication of a cowed, submissive or victimised person. On the contrary she conducted herself in a very confident and most assertive manner throughout. She has sought to impose her will on the court and manage the proceedings.'

The court's decision that the girl should live with her father and his partner was not a punitive one in the light of the mother's conduct, but a recognition that the mother was unable to prioritise her child's best interests above her own feelings and agenda. The judge said that the child had already suffered harm, and was likely to continue to do so if she remained with her mother. It was vital that she be allowed to develop a good relationship with both her parents and to understand her identity and place in the world in a positive way. Ms Justice Russell said:

'As she gets older she will become more aware of, and will be directly affected by, her mother's negative views about her father and B. These views will affect her own sense of identity; negatively inform her view of herself and where she fits into the world. I am forced to conclude that S has shown herself to be unable to put M first and that she is unable to meet M's emotional needs now and in the long term.'

The court found that the father and his partner were ‘child-focused’ and had, in contrast, gone out of their way to provide the mother with a place in the child's life, continuing to offer contact more frequently than even the child's guardian had recommended. The judge found them 'measured' and said they had showed 'marked empathy and understanding' for the mother notwithstanding her treatment of them. The father's partner was 'remarkably forgiving' and 'when talking about M he was warm and loving and referred to [the child] as "our daughter"; she was clearly very important to him'.

Ms Justice Russell therefore decided that it was in the child's best interests to live with the couple. She said:

'While to move a young child from her mother is a difficult decision and is one which I make with regret as I am aware that it will cause S distress I conclude that H is the parent who is best able to meet M's needs both now and in the future. It is he who has shown that he has the ability to allow M to grow into a happy, balanced and healthy adult and it is he who can help her to reach her greatest potential.'

The judge ordered supervised contact for the mother, at least initially. This unusual step was something the court had 'struggled with' but ultimately concluded was necessary, both due to a real fear the mother would remove the child to Romania (having done so in breach of court orders in the past in respect of her older daughters) and to ensure that contact could not be used by the mother as 'a means of continuing the contest for ownership of M' which would make contact a negative experience for the child. The judge said she hoped that in time this would no longer be necessary, and pointed out that the fathers still aspired to the mother playing an important role in her child's life including having contact in a more relaxed environment.

Pre-conception and surrogacy agreements are unenforceable under UK law, so the case was never, at a legal level, about whether the court should uphold the original agreement between the parties (contrary to what some of the press coverage would suggest). However, what was agreed between the parties did form an important part of the factual background necessary to determine the case, and the court said it was also important for the child that the truth about her origins was resolved.

The legal issue to be decided was what living and contact arrangements would best promote the child’s welfare going forward. As in all Children Act cases, the judge had to weigh up all the circumstances, consider the welfare checklist and decide what long term arrangements were best. Referring to the Court of Appeal decision in Re N (2007) – another disputed surrogacy case in which residence was awarded to the intended parents - the judge said that the test was: 'Put very simply, in which home is [the child] most likely to mature into a happy and balanced adult and to achieve his fullest potential as a human?'

Despite the media hoopla in response to the case, the decision to transfer main care to the fathers is not as controversial as it might first appear. It was a transfer of residence in a dispute between parents, just one of the many welfare-based decisions the family court make every day.

The case has, however, sparked an important debate about the future of UK surrogacy law, which we hope will encourage positive change from what is undoubtedly a very sad story for all involved. This is in part a result of Ms Justice Russell’s comment at the very start of the judgment that: 'The lack of a properly supported and regulated framework for arrangements of this kind has, inevitably, let to an increase in these cases before the Family Court.'

We agree that UK surrogacy law is woefully outdated and that, although disputes like this have to date thankfully been rare, they will inevitably become more common if we do not give the law more structure and clarity. As the court intimated, what we need is a proper process for adults to go through which ensures that those entering into arrangements to conceive a child think through all the issues carefully and proceed only if there is consensus. In many US states, including California, parents and surrogates are given psychological screening, and medical and legal advice before entering into a written contract which then allows the court to make a pre birth order confirming everyone's responsibilities before the birth.

We think it is time for a similar framework in the UK. Had it been in place already, this dispute would probably never have happened.
Categories :
Tags : 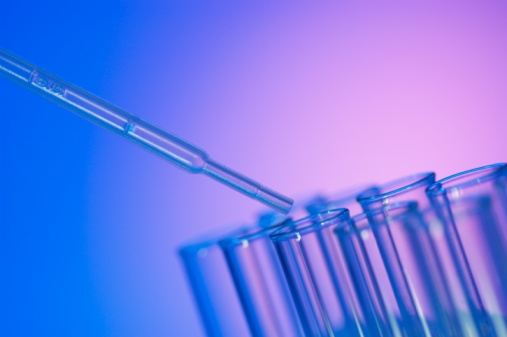