3. The group produced an interim report on 31 July 2014, making a number of recommendations. This final report should be read in conjunction with that interim report.

4. To ensure that full consultation was achieved before the recommendations were finalised, comments were invited on the report from interested organisations and individuals. Responses have been received from the Family Law Bar Association, Resolution, the Family Justice Council and a number of individual practitioners and judges. The responses were predominantly favourable to the recommendations in the report, although some made particular observations on the detail of some of the proposals. The group has now carefully considered all the responses.

5. As with the interim report, this final report will deal with the issues arising by dividing its work into four chapters as follows:

6. The group’s views under this heading in the interim report were that:


(i) there should be one unified procedure for all financial remedy applications (ie principally financial order applications after a divorce, Children Act Schedule 1 applications, variation applications and applications under Part III Matrimonial and Family Proceedings Act 1984 after leave has been granted);

(ii) there was no need in the single family court era for the separate financial jurisdiction contained in Part I of the Domestic Proceedings and Magistrates Court Act 1978;

(iii) the recent inclusion of variation and Children Act Schedule 1 applications in the short cut FPR Chapter V procedure previously limited to (iv) the standard forms should be rationalised so that there should be only one Form E (ie that Form E1 and E2 should be discontinued and Form E re-designed, perhaps in the form annexed to this report) and one Form A (or at most two versions rather than the 14 currently available).

18. The group’s views under this heading in the interim report were that the Statement on the efficient conduct of financial remedy final hearings allocated to be heard by a High Court judge whether sitting at the Royal Courts of Justice or elsewhere dated 5 June 2014 and prepared by Mostyn J should be adopted for all final hearings in the Family Court of financial remedy applications listed for three days or more.

19. Having considered the responses on this subject the group maintains its recommendation.

20. The group wished to endorse the comments of Mostyn J to the effect that:


(i) the sentence in the Statement which reads ‘Pursuant to rule 22.6(2) the parties’ section 25 statements will almost invariably stand as their evidence-in-chief’ does not prevent an individual judge exercising a discretion to permit some evidence-in-chief if that judge considers it appropriate;

(ii) practitioners and litigants must scrupulously comply with FPR, PD27A, in particular that, subject to a specific prior direction from the court at the Pre-Trial Review, the size of the trial bundle should be limited to a single file containing no more than 350 pages and note the specific comments on this subject, in the judgment of Mostyn J in J v J [2014] EWHC 3654 (Fam); and

(iii) practitioners and litigants should note the comments on the subject of Single Joint Experts in the judgment of Mostyn J in J v J [2014] EWHC 3654 (Fam) to the effect that directions for expert evidence should almost invariably be for Single Joint Experts (as opposed to partisan experts) in the first instance.

21. The question of costs in financial applications was not expressly considered in the interim report; but the group felt it appropriate to make some comments now in the light of the judgment of Mostyn J in J v J [2014] EWHC 3654 (Fam).

22. It is clear that many people feel that the method by which most family lawyers charge (on a time charge basis) is unpredictable and that the overall levels of costs are high. The group believes that this in part drives some litigants to act in person rather than to instruct solicitors.

23. The group has received representations regarding the re-introduction of the Calderbank system. The group is opposed to its reintroduction but does recognise that litigation misconduct needs to be addressed. Rule 28.3 of the Family Procedure Rules 2010 enables the Court to make orders for costs where there is litigation misconduct. This rule needs to be applied more generally. The group would wish to emphasise that litigants-in-person are not immune from its consequences.

24. Mostyn J in J v J [2014] EWHC 3654 (Fam) expressly raised the possibility of fixed price costing and judicial costs capping. The group noted this development, but also noted that these are complex and difficult issues for practitioners and that it would not be appropriate to take the issues further until professional bodies such as Resolution, the Law Society and the FLBA have been given the opportunity to engage in a discussion on the subject.

25. The group suggests that the costs working party of the Family Procedure Rule Committee should be invited to give consideration to costs issues, including the issues of fixed price costing and judicial costs capping.

26. The group’s views under this heading in the initial report were that:


(i) in principle, financial order applications should be de-linked from divorce /dissolution proceedings;

(ii) the achievement of this aim is currently impeded by the current IT arrangements (ie the FamilyMan case management system), but will be significantly more straight-forward once a new IT system (which is currently being considered) has been put in place;

(iii) whilst the IT problems are being considered there is no reason why the court dealing with the financial order applications arising out of divorce/dissolution applications should be the same court as that dealing with the divorce/dissolution itself provided that full information about the divorce proceedings is provided to the court by the parties at the First Appointment of the financial order application;

(iv) some amendments would be required to the FPR to achieve de-linking (for example the application/petition for divorce etc should no longer include an application for financial remedy).

27. Having considered the responses on this subject the group maintains its recommendations.

28. The group’s view in the interim report was that there are important policy reasons for permitting parties in certain circumstances to take advantage of the specialist environment of the Financial Remedies Unit at the Central Family Court in London and that the Central Family Court should be its own point of entry for financial remedy applications, subject to published criteria.

29. The responses were favourable to this suggestion and the group maintains its recommendation.

30. The group has noted the responses made in relation to the full chapter in the interim report on litigants-in-person and maintains its recommendations.

31. The group noted in the interim report that a McKenzie Friends Working Group (MFWG), chaired by Mrs Justice Asplin, was considering the current Guidance in relation to McKenzie Friends, a report having been commissioned by the Judicial Executive Board (JEB).

32. The group was informed by Cobb J that a draft of the Second Report of the MFWG is currently under discussion and that this report will specifically address the issue of paid McKenzie Friends (the first report to the JEB dealt with McKenzie Friends more generally). As the MFWG has not yet reached the end of its deliberations on this difficult issue, Cobb J was unable to give the group any indication of its likely recommendations, but he informed the group that the current plan is for the MFWG report to be submitted to JEB in the second week of December 2014.

33. The group wishes to express the view for consideration by the MFWG that while McKenzie Friends are felt to provide a useful role in many financial remedy cases, in supporting litigants, helping with documents, keeping a note in court etc., those advantages plainly have to be weighed against, for instance, (1) the risks for the vulnerable litigant in financial remedy proceedings in being charged for that service by an unregulated / untrained / unqualified individual, (2) the potential effect on the length and tone of hearings if the McKenzie Friend (especially the paid McKenzie Friend) is permitted to address the court, (3) any (false) expectation which the litigant may have about recovering the cost of the paid McKenzie Friend.

34. The group notes that the ‘Matrimonial Needs Working Group’ chaired by Roberts J hopes and expects to publish a guide on ‘needs’ targeted at litigants-in-person in the first half of 2015.

35. The group in its interim report recommended the formal adoption under the FPR Part 5 of the following standard orders:

36. The group has considered the responses on this subject and maintains its recommendation.

38. The group in its initial report made recommendations in relation to Arbitration in Family Proceedings to the effect that:


(i) CPR PD62, paragraph 2 is amended to add the High Court, Family Division to the list;
(ii) a Family Division equivalent of Form N8 be devised and promulgated; and
(iii) the President should promulgate the Guidance set out in Annex 12 to the interim report.

39. The group has considered the responses on this subject and maintains its recommendations.

The suggested amalgamated Form E is in the Annex referred to at para 6(iv) of this report can be downloaded here.

The interim report produced on 31 July 2015 is available here. 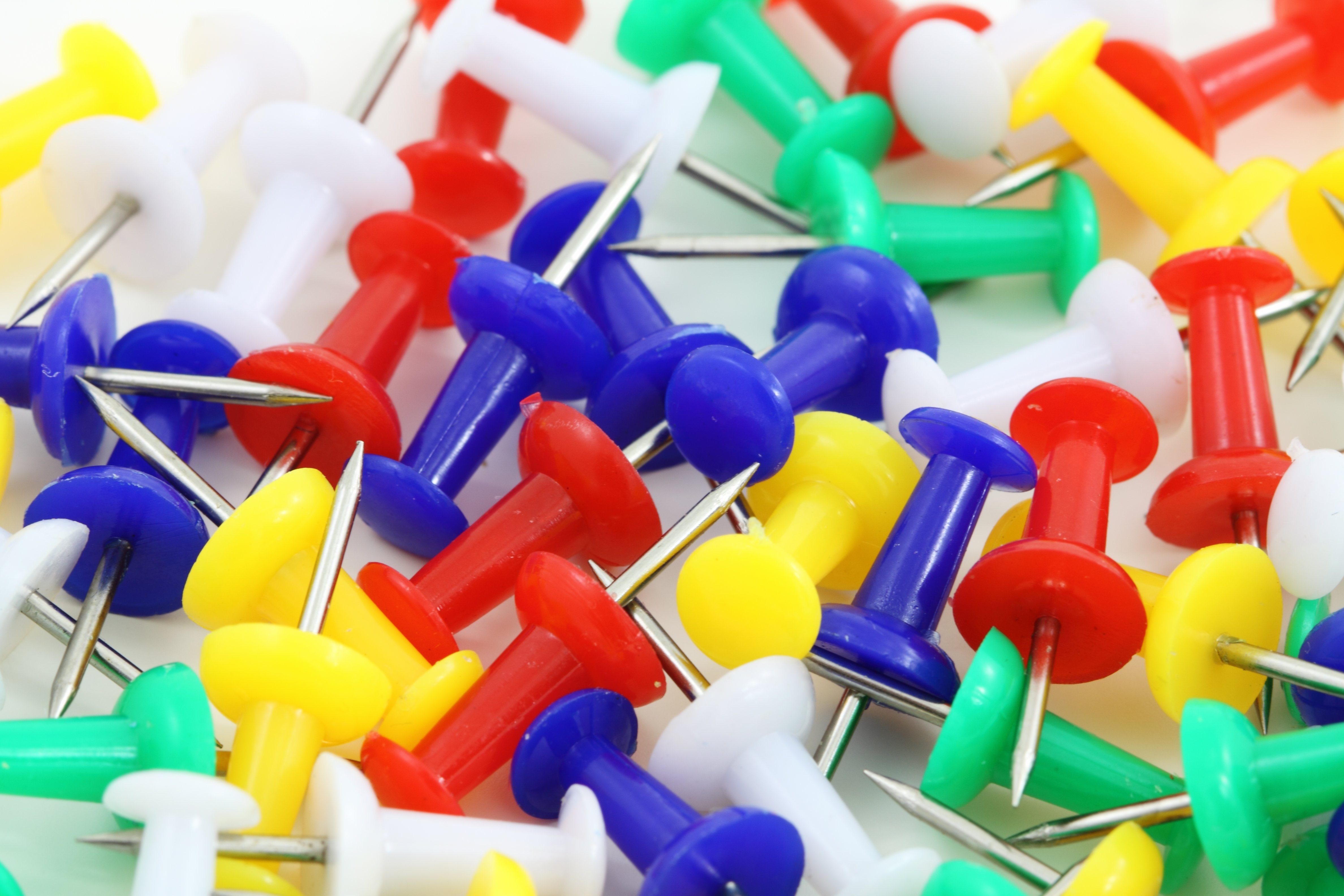