Nigel Huddleston, Member of Parliament for Mid Worcestershire, led the debate in Westminster Hall. He began:

'Since announcing that this debate was happening, I have been inundated with emails, letters and calls from grandparents and grandchildren from across the country expressing their support, and many colleagues from across the House have told me that they have been dealing with cases on this issue for many years”. He added, “When access to grandchildren is blocked, some grandparents call it a kind of living bereavement".'

MPs cited examples form a number of organisations including Bristol Grandparents Support Group and GranPart. Bristol Grandparents Support Group knew of three grandparents who felt unable to continue their lives without seeing their grandchildren.
Huddleston, asked if there should be a presumption that grandparents should be involved as much as possible in the upbringing of their grandchildren, felt that it was exactly what was needed. He went on to say that Ministry of Justice statistics show that 2,000 grandparents applied for child arrangement orders in 2016, up from just over 1,600 in 2014. He urged the Minister to consider introducing an automatic right for grandparents to seek contact through the courts. The Parliamentary Under-Secretary of State for Justice, Lucy Frazer, was present at the debate.

Huddleston said: 'I am calling for the Government to introduce an amendment to the Children Act 1989, to enshrine in law the child’s right to have a relationship with their grandparents by adding the words "and extended family" or "and any grandparents”' to s 1(2A).

Presumably, an amended s 1(2A) would then read:

The added words proposed are in italics. Assuming that this is what is intended, I would submit that there ought to be a definition of these additional terms in the same way that the 'parent' is defined at section 1(6). No definition was offered in the debate. Defining 'extended family' might be a lot trickier than the term 'grandparent'.

'That kind of amendment would not grant grandparents the right to involvement in the child’s life if a case can be made that it would bring harm to the child in question.'

David Linden, MP for Glasgow East, noted that under the current Children (Scotland) Act 1995, grandparents do not have an automatic right to see their grandchildren. He added that consultation on a review of the 1995 Scottish Act was due to begin in May.

Gloria De Piero, MP for Ashfield, referred to her party’s Green Paper. In 2010, the Labour Government published Support for all: the families and relationships green paper. The paper included, alongside other measures, an intention 'to remove the requirement for grandparents to obtain the leave of the court before making an application for a contact order', as such an order was then called.

De Peiro recalled that the Government had promised earlier in the year to publish a family justice Green Paper. She asked when that might appear.

Frazer gave no clear answer as to the timing of any Green Paper. She said:

'We need to look at the expensive and difficult court procedure, which sometimes increases conflict. That is not just the case when grandparents apply to court; in family law as a whole, courts can provide resolution for people who really need it but also increase conflict, particularly in family situations.'

She also said that the Government was reviewing legal aid generally. Would it be too much to hope for that some form of public funded arbitration process could be trialled for disputes over child arrangements?

Frazer said that experience shows that grandparents do not usually experience any difficulty in obtaining permission when their application is motivated by a genuine concern for the interests of the child. However, she did not refer to any statistics or supply any empirical evidence. She added that a person can seek the court’s permission at the same time as they make their substantive application simply by ticking the box on the relevant form, with no need to pay a separate fee.

Frazer maintained that the leave requirement is not designed to be an obstacle to grandparents or other family members. Rather it is meant to be a filter to sift out applications that are clearly not in a child’s best interests, she said.

The final report of the independent Family Justice Review, led by David Norgrove, was published in November 2011. It recommended that the need for grandparents to apply for leave of the court before making an application for contact should remain. 'This prevents hopeless or vexatious applications that are not in the interests of the child.' Frazer quoted this conclusion.

So what will the Government do? It is not a good sign that Frazer took this quote from Norgrove. It is not encouraging that its earlier promise of a Green Paper was not even mentioned by Frazer. What we have from her is her saying that, 'We can look at that' when presented with a proposal to 'change the law in relation to presumption'.

All we have really been told is that the Government is looking at a number of family justice measures. The issue of grandparents and child arrangements orders is just one of them.

Quite rightly this debate made the headlines. Reading it through carefully on Hansard, however, I do question whether any consultation or review of this subject will happen under this Government.
Categories :
Tags : 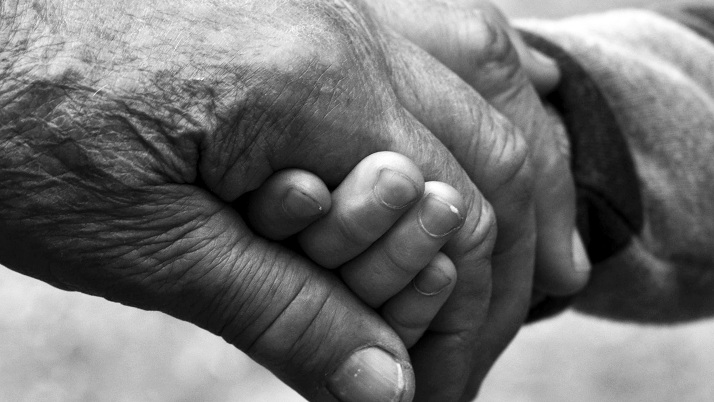