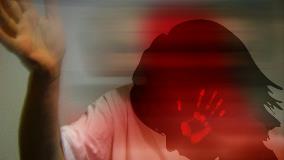 Special measures have long been available to help victims of domestic abuse attending court.  However, the move towards remote and hybrid hearings as a result of the Covid-19 pandemic has posed...

Mary Marvel, Law for LifeWe have all become familiar with the discussion about structural racism in the UK, thanks to the excellent work of the Black Lives Matter movement. But it is less recognised...
View all articles

A damning report into Birmingham's children's services has exposed serious management failings and branded its social work model as "not fit for purpose".

The report by Birmingham City Council scrutiny committee found a catalogue of failings, including a shortage of experienced staff, inadequate monitoring, excessive paperwork and too little time spent with children and families.

The inquiry was commissioned last year after it emerged that eight children known to Birmingham City Council social services had died in the city in four years. Among the children was Khyra Ishaq, a seven-year-old girl from Handsworth, who was allegedly starved to death last year. Her mother and stepfather are now awaiting trial for her murder.

Another case was Brandon Davies, a two-year-old boy who died after drinking his parents' methadone. The boy had previously been taken into care.

Councillor Len Clark, Chair of the Scrutiny Inquiry said: "Many of the findings of this children's social care inquiry will not make comfortable reading for the Council. This was not the intent. But if we are to make sustainable progress and not just short term fixes, we must address the underlying issues identified in our report. This must be the City Council's top priority."

The report concluded that there had been "a decade of underperformance", with dozens of initiatives and projects being launched and then shelved, resulting in little improvement.

Child referrals were been often made by "inexperienced staff with insufficient management oversight". The report committee was also "shocked and dismayed" by the standard of accommodation at some of the council's residential children's homes.

In December 2008, the Government's Annual Performance Assessment downgraded Birmingham to "inadequate" in the area of "Staying Safe" - one of seven areas assessed by Ofsted. In January the Council was issued a year's Improvement Notice to turn round safeguarding children.

The Council looks after 2,400 children and supports a further 1,400 through child protection plans.