A useful reminder that the decision of the court is not necessarily the objective truth: Adepoju v Akinola [2016] EWHC 3160 (Ch)

At its heart Adepoju v Akinola [2016] EWHC 3160 (Ch) was a simple probate case. However, the judgment also provides a useful reminder to litigants as to how the court decides a case. The case was brought by the daughter of Mrs Adepoju (deceased) who had died intestate, to obtain Letters of Administration. Mr Akinola, who claimed to be Mrs Adepoju’s widower, defended the claim asserting he was the most appropriate person to administer her estate.

The deceased died intestate in July 2015. Ms Adepoju, applied for Letters of Administration in October 2015. Mr Akinola, entered a caveat against the estate and a warning was then entered by Ms Adepoju in January 2016. Mr Akinola entered an appearance to the warning on 26 January 2016, resulting in Ms Adepoju commencing her probate claim in February 2016. The parties were essentially disputing their status as beneficiaries in relation to the estate. Both parties feared that whoever administered the estate would favour his or herself and so ultimately the decision as to who should administer the estate was crucial.

Ms Adepoju sought, in addition to Letters of Administration, declarations from the court that:

Mr Akinola argued that he should be granted Letters of Administration because he and the deceased were validly married and that he was therefore the next of kin. The case was complicated by the following factors:

Mr Akinola argued that if his claim as widower failed, then he should still obtain Letters of Administration either because he is James’ father, he was the deceased’s partner, or because he had an equitable interest in properties forming part of the estate.

When drafting his Defence, Mr Akinola failed to deal with the allegation that he was still married at the time of the customary ceremony in April 2006. Throughout the case there was a distinct lack of evidence provided by both parties and the Master used this as an opportunity to remind litigants how the court reaches its decisions.

How the court decides

The Master set out the three general points as to how English civil courts reach their decisions:

Overall this means that the decision of the court is not necessarily the objective truth of the matter. Instead, it is the most likely view of what happened, based on the material that the parties chose to put before the court, taking into account what the court considers should have been presented. The Master added that the above principles are subject to a qualification in respect of probate claims. Probate claims are claims in rem, that also have an impact on others. The court therefore needs to keep an eye on the need to avoid prejudice to third parties by deciding only between two competing versions of what happened.

In order to determine whether or not a marriage had taken place, the Master first considered whether or not Mr Akinola was divorced at the time of the ceremony. If no divorce had taken place, section 11(d) of the Matrimonial Causes Act 1973 (the 1973 Act) provides that where, after 31 July 1971, a polygamous marriage is entered into outside England and Wales, and either party is at that time domiciled in England and Wales, the polygamous marriage is void.

Domicile and the divorce

The Master was not presented with evidence as to where Mr Akinola and the deceased were born nor any evidence in respect of their father’s domiciles at birth, but the Master inferred that they were Nigerian. Evidence was presented that showed the deceased had become a British citizen and that Mr Akinola held dual British and Nigerian citizenship. Ms Adepoju submitted that upon the evidence the deceased and Mr Akinola were domiciled in England and Wales at the time of the ceremony. Mr Akinola did not submit to the contrary. On his own evidence he had come to England in 1983, married and had children here, and was intending to bring James to live and be educated here at a later date. The Master concluded that whatever their domicile or origin, they had acquired a domicile of choice in England.

The burden of proof fell on Mr Akinola to prove his divorce. However, he failed to provide any documentary evidence and simply relied upon the fact that he had been told by Mrs Akinola, in 2003, that she had obtained a divorce from him in Nigeria. The Master was sceptical as to why Ms Akinola would have sought a divorce in Nigeria rather than England and critical of Mr Akinola’s failure to plead his divorce in his defence.

In order to advance her case, Mrs Adepoju applied to have covert recordings of the two legal teams discussing Mr Akinola’s marital status admitted into evidence. Ms Adepoju was successful in her application and the Master heard evidence of Mr Akinola confirming that he was separated from his wife for many years, but not divorced.

The covert recording and the failure of Mr Akinola to call Mrs Akinola to give evidence on the matter led the Master to conclude that he had not been validly divorced at the time of the ceremony and therefore by virtue of section 11(d) of the 1973 Act, the ceremony could not operate as a valid marriage recognised by English law.

Despite concluding that no valid marriage had taken place, the Master chose to review the formalities of the ceremony. It was confirmed by a court appointed Nigerian expert that the following were essential elements to a valid marriage under Yoruba customary law:

The evidence before the Master consisted of photographs and the witness evidence of Mr Akinola and Ms Adepoju only. The Master continued to struggle with why neither party sought to adduce further witness evidence since it would have been apparent that those attending the event would have known why they were there. The photographs showed Mr Akinola and the deceased in matching outfits, sitting on padded arm chairs, amongst paid entertainers. Further photographs showed a man carrying a bowl and the deceased kneeling before Mr Akinola with her hands in his lap, as if being presented to him.

The Master preferred Mr Akinola’s evidence. He accepted that whilst it was possible to have a house warming where certain elements akin to a marriage ceremony were present, it was highly improbable that so many of them would. The Master concluded that it was more likely than not to have been a 'marriage ceremony'. The Master concluded that Ms Adepoju had therefore deliberately lied to the court about the events of that day.

Mr Akinola was unable to prove he had been divorced from Mrs Akinola at the time of the ceremony in April 2006. As such, Mr Akinola was not the deceased’s widower and therefore was not entitled to either Letters of Administration or to any share of the estate. The Master explained that, if Mr Akinola was able to establish that he was James’ father and that the deceased was the mother, then it may impact on his argument.

The first declaration sought by Ms Adepoju (that she was the deceased’s next of kin) was not granted with the explanation that it was incorrect to make any declaration until the position in respect of James had been clarified. The second declaration (that there was no marriage) could not be given in its requested form due to section 58(5) of the Family Law Act 1986, which provides that ‘no declaration may be made by any court, whether under this Part or otherwise … that a marriage was at its inception void’. The final declaration (that Mr Akinola had no interest in the estate) was not granted because there were claims to shared assets on the basis of a constructive trust which had not yet been considered by the court.

In a regular case, the finding that Mr Akinola was not the widower of the deceased, would have resulted in Letters of Administration being granted to Ms Adepoju. However, the Master felt that there was such mistrust and suspicion between the parties, and because Ms Adepoju had deliberately lied to the court during the proceedings, the required ‘special circumstances’ to appoint an independent administrator were present and necessary.
Categories :
Tags : 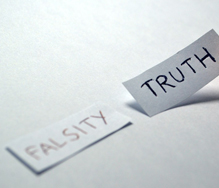